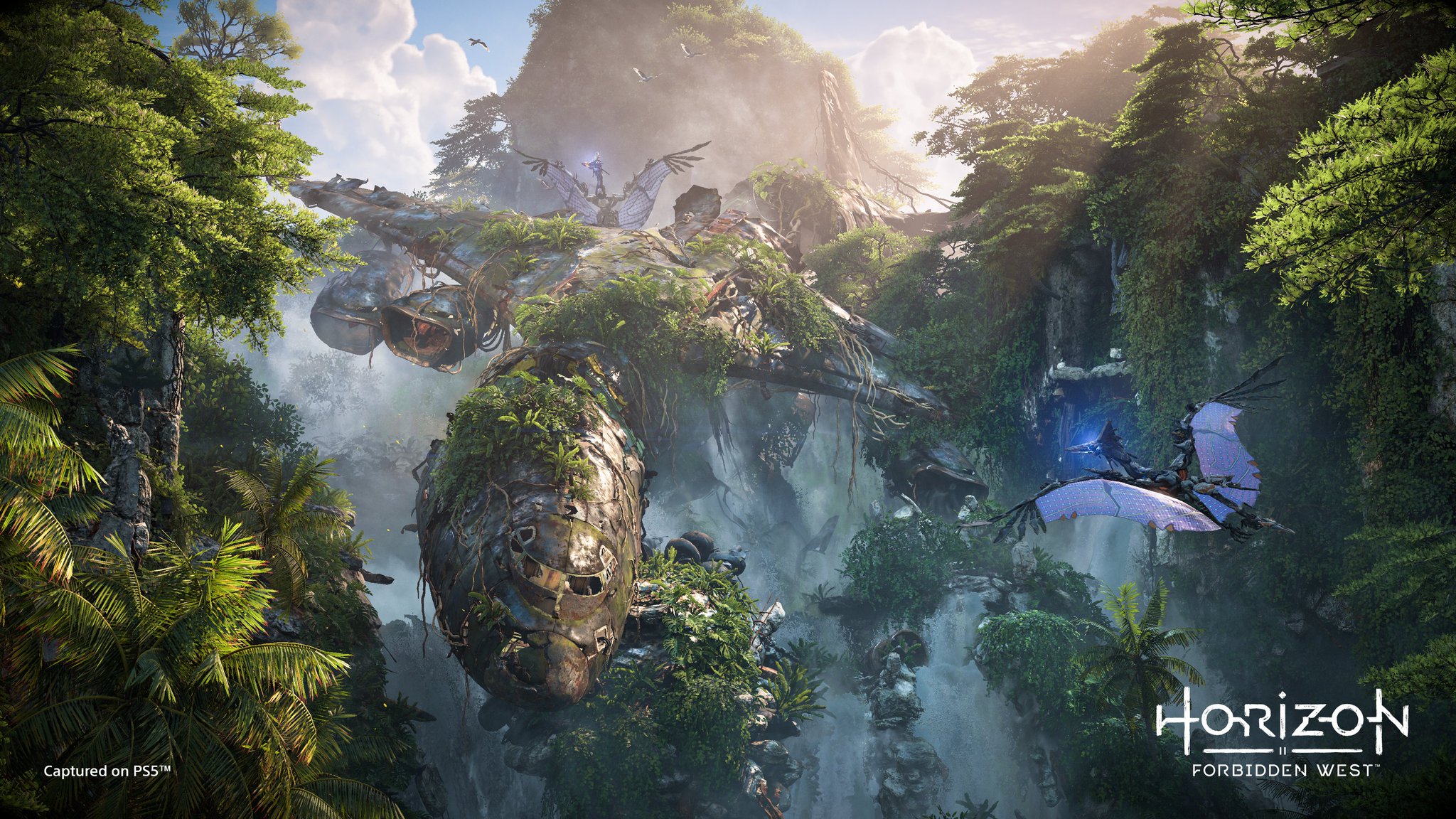 The PlayStation 5 may have launched now, but that doesn’t mean the excitement is over. As you sink your teeth into Demon’s Souls, Sackboy: A Big Adventure, and Bugsnax, among others, be aware that there are plenty more games on the horizon for you to look forward to. The first year of a console’s release is always one of the most exciting times for that device, and the PS5’s 2021 is no different. Here are 10 games on their way to the PlayStation 5 in 2021 that we’re excited about.

Sadly, we still don’t have any idea when Insomniac’s dimension-hopping shooter-platformer will hit the PlayStation 5, but that doesn’t stop us being excited about it. What we’ve seen so far shows us that Insomniac will continue the exotic weapons, colourful locales, and general Saturday morning cartoon sensibility of the previous Ratchet & Clank games. The graphical sheen and haptic feedback the PS5 will bring to this franchise are enticing indeed.

Again, unfortunately, we don’t know exactly when Village will be launching, but if it’s as terrifying as its predecessor then frankly it can take all the time it needs. Rather than the enclosed space Resident Evil VII: Biohazard took place in, Village opens things up to the titular village, ensuring there are lots of nooks and crannies for the inevitably horrifying monsters to hide in. This time around, old series hand Chris Redfield makes an appearance, so perhaps we can expect more Resident Evil throwback goodies too.

Arkane Studios’ previous titles – including Prey, Dishonored, and the criminally underrated Arx Fatalis – were fascinating, and Deathloop promises to be no different in this regard. It’s a stylish time loop shooter in which you must kill eight targets across the island of Blackreef before midnight. You’ll have to use the typical Arkane arsenal of tricks, but this isn’t a stealth affair; it’s all about how you make the combat look classy and varied in Deathloop.

Aloy’s journey through a post-apocalyptic United States launched back in 2017 to rave reviews, but we reckon there was some room for improvement. Not that Horizon Zero Dawn wasn’t an excellent game; rather, the improvements Forbidden West is adding – underwater traversal, more biomes, and more robot dinosaur types to fight – will make a great game even better. We’re looking forward to continuing Aloy’s surprisingly involving story, but now we need a release date.

This game has been delayed a fair few times already, so we’re starting to lose hope that it will see the light of day in 2021. For now, though, we’re optimistic. Bloodlines 2 has many of the same staff who worked on the original game, which was a flawed gem. We’re hoping those same creative geniuses can iron out some of the problems the first game suffered from and deliver a truly immersive vampire RPG for the ages. What we’ve seen so far looks very promising indeed, but we’ll reserve judgement.

Taking place in the 1800s, Hogwarts Legacy will act as a prequel to the Harry Potter series and cast you as your very own witch or wizard at Hogwarts during this time period. We’ve been clamouring for the Harry Potter world to get a game like this for some time, so the prospect of exploring an open-world Hogwarts and its surroundings is extremely exciting. We don’t yet know much about the gameplay, but the trailer showed off exciting battles with wizarding creatures as well as cosy scenes in Hogwarts.

The latest project from Resident Evil mastermind Shinji Mikami, Ghostwire: Tokyo is a first-person action game all about paranormal investigation. You’ll use mystical “karate meets magic” combat to battle ghosts haunting Tokyo after an apocalyptic event, all while searching for the answers behind a mysterious group of people wearing Hannya masks. It all looks typically Mikami, so we’re excited to see what his vision for a post-ghost Tokyo looks like.

One of many casualties of the ongoing COVID-19 pandemic, Far Cry 6 looks set to continue the series’ chaotic mixture of open-world fun and despot-toppling. Breaking Bad’s Giancarlo Esposito is set to appear as Antón Castillo, a ruthless dictator overseeing a fictional Caribbean island along with his son Diego. Expect similar shenanigans along the lines of Far Cry 5, with plenty of companions to help you hit up well-guarded bases and explore tropical locales.

We’re not entirely sure if God of War Ragnarok will actually land on PS5 next year, but we certainly hope it does. Right now, it’s slated for a tentative 2021 release, so let’s hope the continuing adventures of Kratos and Atreus grace our PS5 consoles by then. After the cliffhanger ending of the last game (no spoilers), Ragnarok has a lot to live up to, but we’re confident Sony can meet those expectations. Expect more gruff heart-to-hearts and brutal up-close melee combat.

And now for something completely different. Stray follows an almost criminally adorable stray cat on an adventure through a long-forgotten city in an effort to reunite with their family. The developer promises the opportunity to be “nimble, silly, and sometimes as annoying as possible” when interacting with (and sometimes trying to avoid) the denizens of the game’s world. We can’t wait to thread between people’s legs and demand to be let out before sitting in the doorway and refusing to move.

Is The Demon’s Souls Remake Better Than The Original?
Next Article

How To Unlock Camos In Call Of Duty: Black Ops Cold War
Leave a comment
Subscribe
Connect with
Connect with
0 Comments
Inline Feedbacks
View all comments