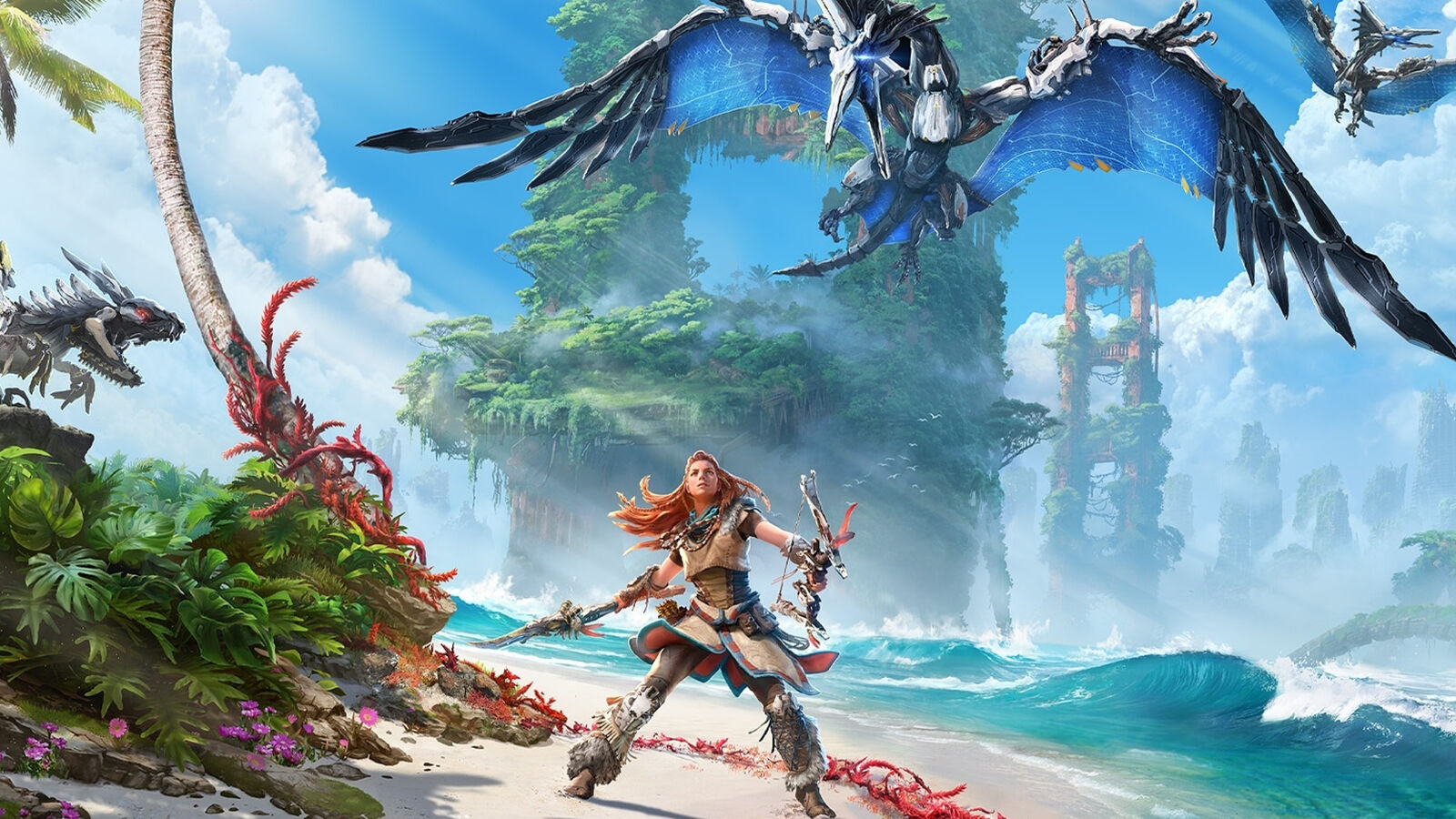 The argument that it isn’t worth buying a PS5 yet is quite valid. The console is woefully overpriced and scarce thanks to scalpers. It is a loss leader for Sony, so they are not interested in paying more to increase production, and Microsoft is not threatening to make them irrelevant, so they are happy to keep things going as they are. You can’t argue that the exclusive PS5 games are worth the price of a PlayStation 5 since there are only about five PS5 only games, and the rest have been delayed and/or are not due out for a year or two. Yet, there are still some games that make it worthwhile buying a PlayStation 5, and here they are.

Yes, they went and sanitized the edgy humor of Ratchet and Clack because they wanted to appeal to the little kiddie winks. Yet, even with that said, the game can be played by adults and you should certainly consider playing it if you have a PlayStation 5. Ratchet and Clank – Rift Apart, is one of the most technically impressive games on the Playstation 5.

We were told that the Unreal Engine demo featuring a playable Matrix world was supposed to show us the power of the PlayStation 5…but it kinda didn’t. It is great that they got Keanu and Carrie-Anne Moss to appear in the demo. But then, when it is time for you to take control, they are unplayable and you are put in charge of some unknown tart with all the backstory of a Cadbury’s cream egg. I want to play as Neo, I want to play as Trinity. Damn it, I would have rather played as Mouse and seen how many red-dressed ladies he had planted in the game. Also, did you know he is 47yrs old now? Feel old yet?

Suffice it to say that where the tech demo may have shown us a semi-realistic world, Rachet and Clank Rift Apart creates its own world. In fact, it creates several of them, and you can transition between them within 1.3 seconds. On a technical and creative level, the game is amazing and needs to be seen in real life to be appreciated.

Returnal (You Will Be Returnalling it Back to The Damn Store)

This is not an endorsement of the Returnal game. The way it is priced is silly for what is essentially a game for people with too much time on their hands. To put it mildly, it is a bowling ball of concrete with a gold nugget inside. If you have enough time to chip away at this game, then it does eventually get good, but it is going to waste epic amounts of your time getting to the first checkpoint. Nevertheless, on a visual level, the game looks very good in some parts. Some areas will repeat on you, purposefully albeit still as annoying, and that can be bothersome. But, there are times during the light show when you look at the screen and go “Wow, that is pretty.” Still, don’t rush out to support this game because the developers don’t have a lot of respect for your time.

Wait a minute, isn’t Elden Ring available on everything from the PS5 to pocket calculators. Why get  Elden Ring on the PlayStation 5? You get it to avoid the framerate lags seen on the PC. You get it for quicker loading times and an easier/smoother experience. Last gen consoles can play the game, but they are straining under the weight of its massive world. For a seamless gameplay experience, the PlayStation 5 is where it’s at. Everything from the crunch of bone when your hammer hits the enemy, to that sparkle effect when you collect runes (or when you, ahem, buy Elden Ring runes), it all looks, feels and works best on a next-gen console. It is the definite place where the developers put in all the work.

Was it made as a cynical money-grubbing way to exploit the BLM movement? Probably. Was it mostly a re-skin of the Marvel Peter Parker Spiderman game? Kinda. Is it woke? Yeah, a little bit. But, it doesn’t really matter because they took what they did in the Marvel version, they updated it for current gen, and they removed some of the biggest flaws that were holding the old game back.

They have mostly removed the forced stealth sections, you don’t have to go hunting those stupid radio tower things, and they have toned down the quick time events a little. Sure, it could be an exploitation of the BLM movement, but I don’t care if they make me play as a flying fox so long as I am allowed to swing around like Spiderman.

Sure, it has a lot in common with the Marvel version, but they took out some of the annoying stuff, so start with this one rather than the Marvel Spiderman one (the game before this one). And, it is a bit woke, but I don’t take my moral teachings from a video game so let it spout whatever agenda it wants. The fact is you get to swing around a large open city as Spiderman with great graphics and a less restrictive movement system, so it is worth buying.

The sad fact is that, if you take this game on its own, it is actually a very good and very well-made game. The problem with this game is that the promise of PS5 games overshadows it. Why play the free game when there are Spiderman, Elden Ring, and Rachet games to play. However, if you want a quick look at all the nutty stuff your haptic controller can do, you need to play this game for at least an hour or two.

Also, if you are going down the PlayStation Plus / PlayStation Now hybrid route thing that Sony is doing, then go back and try out some games like The Surge 2 and Resident Evil 7. The loading screens that used to drive you wild are almost gone and it is like you are playing the games again for the first time.

Okay, truth time, this game isn’t that good. It won’t go down in history as the groundbreaking game that reviewers think it will. They made some serious logic, story, and character mistakes with this game. Yet, if you just pretend it is a game tech demo, it is worth playing. If they could replace all the story, characters, and cut scenes with voiceless sock puppets, and you just concentrated on the gameplay and scenery, then you would feel you are getting your money’s worth.

It cannot be stressed enough that you should skip every cut scene you can and try your best not to get invested in the story because it is handled so poorly and with a sad lack of creativity. It is a game of missed opportunities. Yet, the gameplay itself, the environments and the robot dinosaurs are all improvements over the last game, and they deserve to be played on a device as powerful as a PlayStation 5.

Here are just a few games that do not live up to what they promised and you should seriously avoid them. Do not fund these games because their developers do not have your best interests at heart.

They waited until all the good reviews were in and then they stuffed it with microtransactions. Crash Team Racing did it before them, so GT7 decided to follow their example. In addition, unlike other versions, you cannot sell your cars in order to upgrade or buy new ones because that would stop you from spending real money.

It looks no better on PS5 than it does on PS4 pro. Plus, the gameplay is somehow worse than Odyssey, and they have only partially toned down the grindy stuff, so don’t believe the hype on this one. Plus, the HDR really messes up and makes snowy areas look washed out and it gets very annoying.

The graphics and haptic feedback are nice but wait until it is on discount. The multiplayer, especially couch co-op is woefully undernourished and boring. Plus, its game progression just begs for you to spend real money and playing through gets annoying after a while.

Even after the many updates, it is still broken on the PlayStation 5. Plus, the progression system, AI, and scaled backside missions make this not worth the cost by a long shot. Wait for a 90% discount or wait two years to see if patches can fix it.

The problem with this game is that it is good in some places and is too loyal to the source material in others. You can cheese broken AI bosses, and there is still a lot of quality-of-life perks missing from this game. Parts of it do look “NextGen,” but don’t rush out to buy a PS5 just for this because Elden Ring and even Dark Souls 3 and Bloodborne have this game beat by a long shot.

The Best PS5 Games For May 2022
Next Article

Why Is The PS5 So Expensive?
Leave a comment
Subscribe
Connect with
Connect with
0 Comments
Inline Feedbacks
View all comments