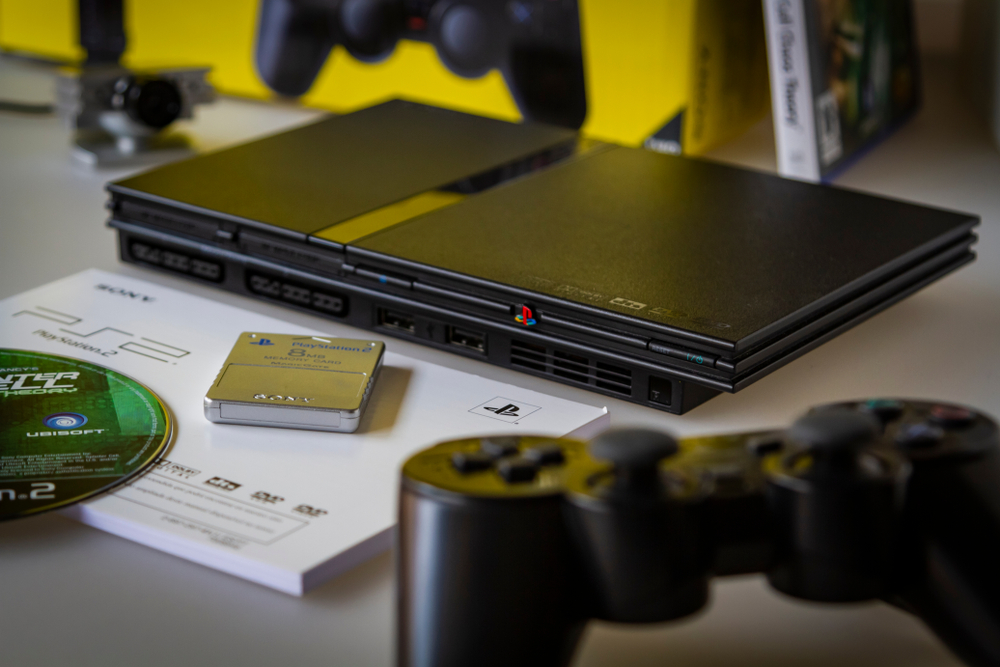 2000 brought the start of a new millennium, camera phones, Bluetooth technology and of course the ground-breaking PS2.

Back then, the PS2 was a first of its kind. For the everyday consumer, the technology was unlike anything that had ever been available in the gaming industry. It seemed as though there was nothing the PS2 couldn’t do and to many of Sony’s rivals, the PlayStation console was quite a daunting opponent.

The PS2 outdid Microsoft’s Xbox by selling almost 155 million units worldwide, 120 million more than Xbox. Quite an achievement and it sent out a message to all other console developers.

Almost 20 years later, it still holds the record for the best-selling console, with first second and third place going to various hand-held devices released by Nintendo. The PS2 reshaped the gaming world and the world of home entertainment. It marked to beginning of a gaming revolution and started off the new millennium with a bang.

The most popular games to play on a console at that time were ‘Silent Hill 2’ and ‘Metal Gear Solid 2.’ They were even better when played on the PS2 due to the major improvement of visuals, gameplay and processor. But it was games such as ‘Call of Duty’ and ‘Grand Theft Auto III’ that pushed the boat out on the PS2. Gaming became less of a fun playtime with friends and turned into a competitive world for many who were serious enough.

The PS2 was significantly better than the first one with better graphics, gameplay and it offered a larger playing field for developers when creating the storyline of their games. The console also offered DVD gaming vs. the traditional cartridge games which improved the overall quality of the game drastically.

The story of the PS2 is most fascinating. 6 years after the first PlayStation was released, this futuristic console was released onto the shelves for everyday consumers to get their hand on, and it blew minds all over the world. Created single-handily by a man called “Crazy Ken” or Ken Kutaragi, in the HG of Tokyo’s Minato ward, it shocked the world and set the bar for future console developers.

Kutaragi joined Sony’s team as an engineer in the digital research labs. He joined in his twenties and by his forties he was convinced that gaming was the future of technology. He very quickly made a reputation for himself and soon he was pushing his bosses to make an alliance with Nintendo.

By creating a device that could play movies and game, Kutaragi opened up the gaming world to so much more. This move was far greater and more successful than making consoles that are backwards compatible. The ability to play DVD’s was a huge selling point for many households and proved to attract the masses, 155 million to be exact.

But just because it was successful, does not mean that it was easy to use. It was not the easiest to navigate through and many games developers struggled to get their heads around the Emotion Engine and programming it. This might be the reason for why so few PS2 games are remembered to this day.

The console has ten different processors and six different memory spaces which perfectly summarises just how complicated this piece of technology is. Many believed that you had to be a Japanese hardware engineer with a manual in order to understand the device fully.

But there is no doubt that this console was a first of its kind with technology that shocked the world, and it had the ability to do almost anything at the time. It had earnt a spot in the homes of many and had lit a candle inside gamers across the world who are now some of the best players out there. Without the PS2, the PS5 would still be far away in the future and we all have Crazy Ken to thank for that.

Hidden Gems for your new PS5
Next Article

PS5 Slim – When Can We Expect The On-a-Diet PS5?
Leave a comment
Subscribe
Connect with
Connect with
0 Comments
Inline Feedbacks
View all comments