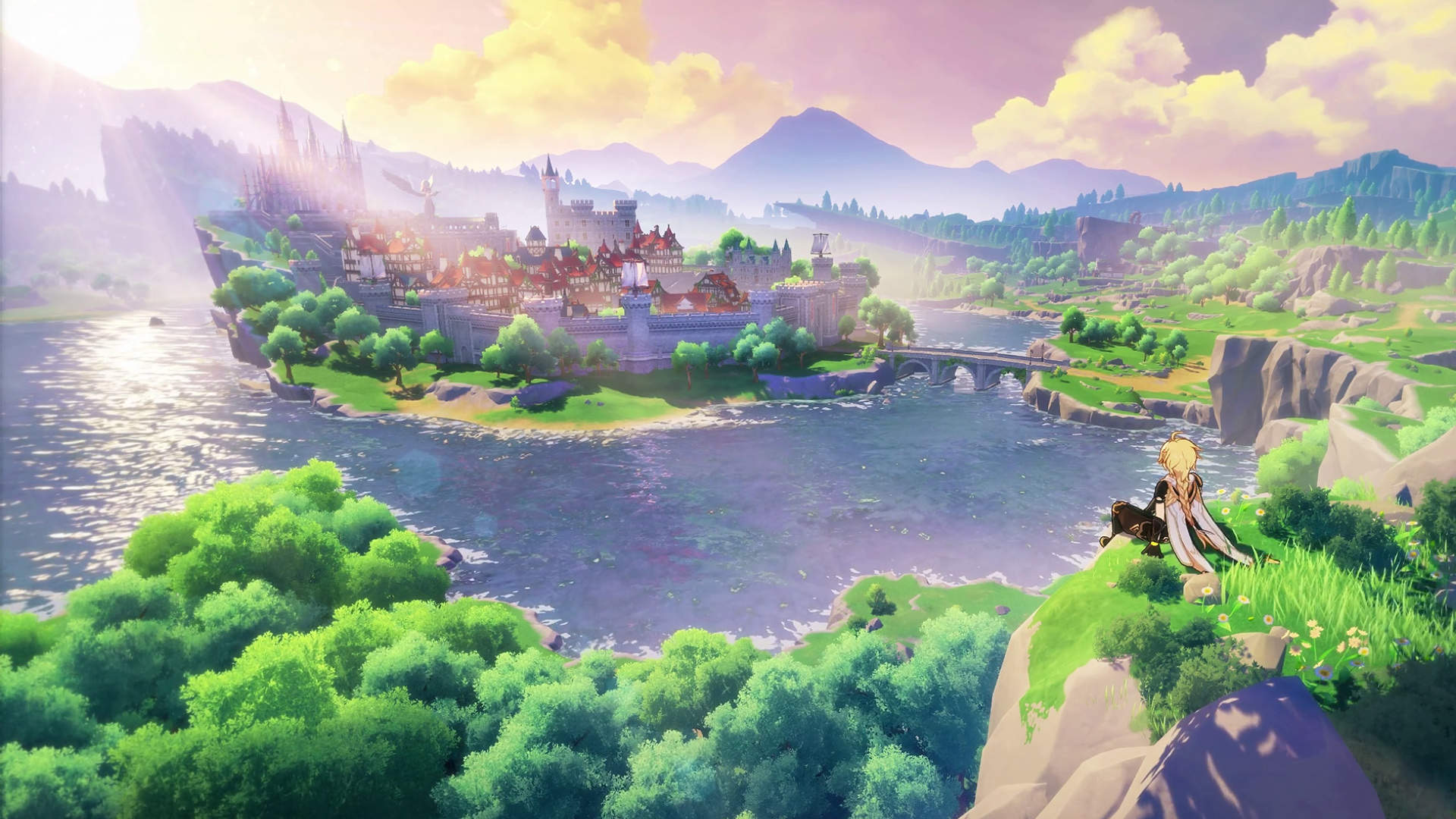 One of the most talked-about games right now is Chinese developer miHoYo’s runaway smash hit Genshin Impact. If you haven’t played it yet, it’s effectively a free-to-play RPG that mimics some of the mechanics of Nintendo’s The Legend of Zelda: Breath of the Wild, but it adds many of its own twists on the formula to create something truly unforgettable. We’re huge fans of Genshin Impact here; it’s quick to get started, easy to play, and hugely immersive, meaning we’ve lost many hours exploring its huge anime-inflected world.

At the same time as Genshin Impact releases, the world is gearing up for the launch of Sony’s next console, the PlayStation 5. We already know that the PS5 is going to be an absolute monster when it comes to specifications and capabilities. Naturally, we can’t speak for the gaming world at large, but we’re confident that the PS5 is going to run rings around the Xbox Series X and S, and we don’t see any reason that Sony shouldn’t feel confident about winning this console war. However, the confluence of timings does raise one pertinent question: will Genshin Impact come to PS5?

The simple answer as of right now is this: it’s looking likely. Developer miHoYo has confirmed that it has next-gen plans for Genshin Impact which don’t involve Xbox. Of course, this could mean that the game is coming to Nintendo Switch, technically a next-gen platform (and also information that we already know). However, we do know a few things that seem to make a PlayStation 5 release for the game if not inevitable then at the very least extremely likely. Here are a number of reasons that we think Genshin Impact is almost certainly on the way for the PlayStation 5.

The PS5 is going to be hugely successful

Right now, analysts are predicting that Sony’s PS5 is going to massively outsell its rivals. That doesn’t come as a surprise to us, but it does mean that miHoYo is likely to want to take part in that success. While consoles are notoriously not generally officially available in China, there is a thriving market for them, so bringing Genshin Impact to a console that’s absolutely going to crush the market next year is a no-brainer. With the advancements in graphical and computing technology that the PS5 is bringing, the game would look absolutely stunning on Sony’s new machine, too.

Figures suggest that Genshin Impact enjoys over 3.8 million players on PlayStation 4. While it’s also available on other platforms – namely mobile and PC – the fact that the game has enjoyed such runaway success on Sony’s console suggests that a release for PS5 would continue this success, especially when we consider adoption rate for the console. Genshin Impact’s controls feel most natural in a console environment, too, and while there is controller support on PC, the PlayStation 5 would be the perfect place to enjoy the definitive Genshin Impact experience, especially given how many people are already playing it on PS4.

A Switch version is on the way

We know that miHoYo isn’t averse to bringing Genshin Impact to other platforms, because the developer is hard at work creating a Nintendo Switch port for the game. With that in mind, not creating a PlayStation 5 version would seem foolish given that Nintendo and Sony are set to dominate the next-gen race together. The PS5 would provide the perfect platform to enjoy Genshin Impact in all its graphical fidelity and silky-smooth high-framerate perfection, while the Switch would complement that feature by allowing portable play. Throw in cross-play and the PS5 and Switch can coexist in harmony when it comes to Genshin Impact.

It’s not coming to Xbox

We’ve already established that Genshin Impact won’t be coming to Xbox, or rather that miHoYo has “no plans” to bring the game to Xbox platforms right now. It would be foolish of miHoYo not to bring Genshin Impact to a console crowd that can play it unhampered by technical compromises, so the PlayStation 5 version is all but guaranteed, especially in the West. Additionally, Sony has occasionally been somewhat cagey or reluctant when it comes to cross-play, but if they don’t have to share their crib with Microsoft, they may be more amenable to letting PlayStation owners play with PC gamers and Switch players.

The PS5 hardware is perfect for it

Thanks to the innovations of the PS5’s DualSense controller, Genshin Impact would be an entirely different experience on Sony’s platform. Feeling the world respond to everything you do via the haptic feedback in the controller and sensing the drawing back of a bowstring would be a magical way to immerse yourself in Genshin Impact’s reactive open world. While the game is certainly playable on other platforms and is extremely enjoyable in its own right, the PS5’s innovations and new features would make it an unmissable experience, so we can’t see any reason that miHoYo wouldn’t want to bring it to the console.

Did we miss any reasons that Genshin Impact should come to PS5? Do you think the game will make an appearance on Sony’s new hardware? Let us know!

Why PS5 Will Be The Perfect Streaming Platform
Next Article