Results from a study indicate that seven out of ten people who own a PlayStation 5 in the UK have reported that it is their primary console, whereas only four out of ten Xbox Series X owners reported the same.

That metric does not display how much time is spent on different gaming systems, so the ratio could be transforming and 2023 is a very significant year for Microsoft’s Game Pass and its exclusive titles.

According to a recent study by Ampere Analysis, it was discovered that a much higher percentage of PlayStation 5 owners in the United Kingdom list the console as their primary gaming system compared to Xbox Series X/S owners. 71% of those with the disc version of the PS5 claimed it as their main console, while only 48% and 35% of Xbox Series X and Xbox Series S owners, respectively, said the same. Additionally, 49% of Switch owners view it as their primary system. Interestingly, even fewer–43%–of those who own the digital edition of the PS5 reported it as their primary console. This may imply that more invested Sony fans are more likely to opt for the disc-based version. Ampere suggests that one of the reasons for such a disparity is that a high number of PS5 owners are single console owners. They also stated that despite this, the difference between the PS5 and Xbox Series X is still substantial.

Piers Harding-Rolls, a games analyst for Ampere, then went on to explain that the primary console is significant in terms of monetization, lifetime value, and market share. He believes that Sony’s exclusives strategy and brand identity have not been negatively impacted by Microsoft’s Game Pass strategy in the UK, but he also cautioned that this research does not show comparative time spent on different consoles. Thus, in 2023, the situation may change. 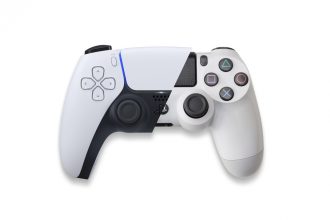