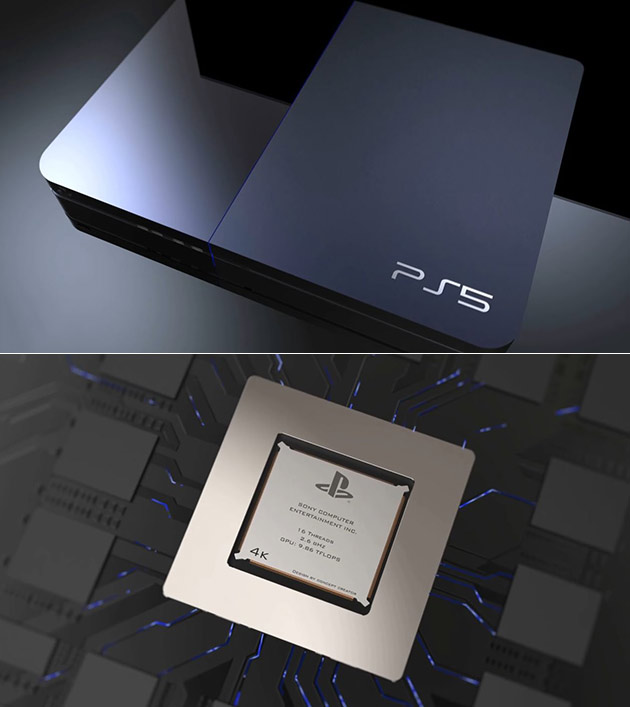 The PS4 has matured and blossomed into a beastly console that continues to sell better than anything else available. That’s exactly what a winning formula looks like. Let’s be clear; the PS4 is a console sitting in many homes around the world, and it’s not by coincidence. Sony has delivered at all levels; performance, games, marketing and value. However, given we are in 2018 and the PS4 is in its 4th year since birth, we’d be naïve not to consider what happens next. Let’s examine.

Some suggested that this would be the last we see of consoles, and the next steps would take us away from consoles to cloud-only services. After all, streaming is taking the crown currently, from movies on Netflix to favorite songs and tracks on Soundcloud – they are an effortless way to enjoy entertainment on demand.

With the above said, gaming is a different kettle of fish and it boils down to a more simmering scenario. Streaming has many advantages and Sony is sure to capitative further within the arena, but not at the expense of producing a console that helps to unify gamers. It’s an issue faced with PC gamers; Steam places many into the one area, but these gamers all have different powered systems – it’s just not truly unified.

Perhaps another reason as to why Sony declined the invitation from Microsoft to unify the two consoles (Xbox One and PS4) within online play – although, the lobbies within PS4 games are far fuller and less lonely than those found with the Xbox One, hence the millions more gamers the PS4 has. For example, if you buy FIFA 19 on the PS4, you’ll find it easier to match-up against an opponent vs. the same on the Xbox. Why? Simple. The PS4 has sold vastly more which converts to many more online gamers.

The masterminds behind the PlayStation brand are sure to be considering the development of Sony’s next console. As the plans are put together and a development team is tasked, that’s when we’ll likely hear less rumors and more details surrounding the possibility of a PlayStation 5.

Clearly, the PS4 continues to be a real asset to Sony and fans should not be concerned that their investment is going to somehow be shrouded by a new shiny console. The PS4 will stride on, even when a PS5 might enter the market.

Technology is a strong factor as to when we’ll see the next generation of consoles – and with the new i9 processors hitting the market, this is a strong signal that we should all pay attention to. As the new generation of Intel processors are ushered in, fans desiring a PS5 are sure to raise an eyebrow.

Sony will likely integrate many elements into the PS5 combined with an unrivalled online cloud service. Technology is perhaps where we need to look, Google is seemingly ready to rival the gaming industry with a new platform that would allow gamers to stream games – its current nickname? Yeti. It is perhaps this area that Sony will be watching – and they will need to.

To conclude – Many are dreaming of a PS5, not because they are bored with their PS4 console, but because they are eager to see where Sony’s journey can take them next. The PS4’s strength will be serious motivation for Sony to delve into the creation of a PlayStation 5 – however, the threat of online streaming services (Google Yeti) could prove to be the only true obstacle ahead.

What Does E3 Tell us About the Possibility of a PS5?
Next Article

Could Sony Increase its Dominance by Adding Real Gambling Games to the PS5?
4 Comments
Subscribe
Connect with
Connect with
4 Comments
Oldest
Newest Most Voted
Inline Feedbacks
View all comments

sony will dominate the next gen as they have this one with 80m+ consoles sold.

30m xbox one sold no one is buying that crap.

streaming 4k can’t match the picture quality of a disc, now add massive input lag and cut out half the population who do not have access to broadband internet and data caps and were all sitting on technological revolution no one wants or asked for and it wont work.

Well, I want the PS5 to be released before 2020 and let me tell y’all why there is a title that says PS4’s Strength is why we’ll see a PS5, PS4 Slim and PS4 Pro I’m curious to know how many GB or TB (Gigabytes or Terabytes 1,024 or 1,048,576) and MB Megabytes does the PS4 Slim and PS4 Pro, How many GB or TB and MB will the PS5 have, and Will the servers be what people expect them to be because the Madden Community has complained about EA screwing up Madden NFL 19, The LAGS, Glitches, The EA… Read more »

The PS5 will change the way we think about Sony but I CARELESS what others say, This console has and should be released they have enough time to make it happen