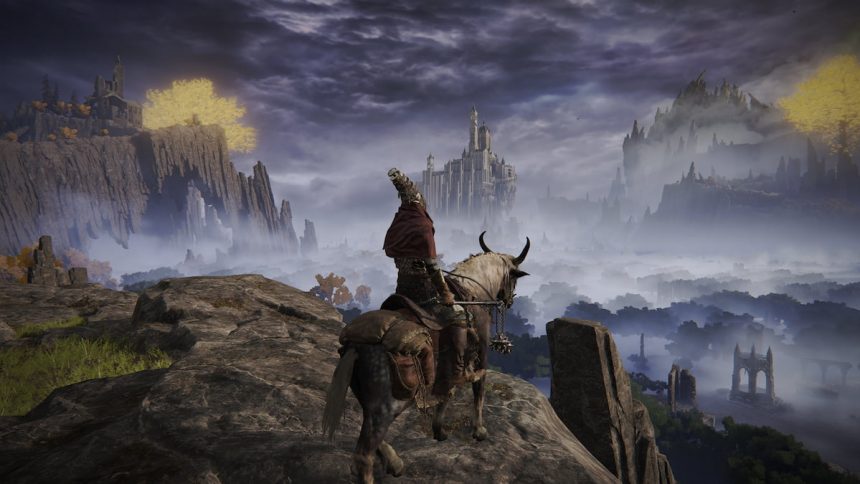 There’s something to be said for co-op gameplay. While we’re all about competitive multiplayer gaming, establishing our superiority against whoever dares to challenge us, teaming up with other people to take on tough challenges is just as compelling as battling against them. Luckily, it seems that the developers out there agree, as there are plenty of great PS5 co-op experiences to check out. Here are the 12 best PS5 co-op games you can play right now.

What would you get if you combined the sensibilities of LittleBigPlanet and Rayman Legends? Well, you’d get Sackboy: A Big Adventure. Unlike its two chief inspirations, Sackboy is a 3D platformer, and you can take on the entire experience with another player by your side (which you’ll want to do as the challenge ramps up into the late game). If you’re a fan of collectibles, Sackboy has oodles of them to find, so make sure to spend some time with this one.

Let’s get one thing out of the way right now: It Takes Two has a truly horrible story. The tale of Cody and May stands a high chance of making you hate both of them, especially as the story progresses and they do some pretty unspeakable things. However, the co-op gameplay here is absolutely on point; it’s some of the best multiplayer design we’ve ever seen in a game, so if you can stomach the bad writing (or just skip the cutscenes altogether), you’ll have a whale of a time here.

The Borderlands series is well-known for its combination of first-person shooting and Diablo-esque gear looting, and the third instalment in the series does not disappoint on this front. Again, the entire story campaign can be tackled alongside a friend, and if you want to get the maximum enjoyment out of Borderlands 3, we’d strongly recommend doing so. It’s not a bad game solo, but you’ll definitely enjoy its many delights more if you team up with someone.

Since Tiny Tina’s Wonderlands is a spinoff of the Borderlands series, you probably already know whether you’re going to enjoy this one or not. If you like Borderlands’ mixture of irreverent humour and looter-shooter gameplay, then you’ll find plenty to love here, and if you don’t, you should apply elsewhere. Wonderlands injects a healthy dose of tabletop RPG humour into proceedings, too, skewering the world of Dungeons and Dragons with aplomb.

5. Overcooked! All You Can Eat

Describing the Overcooked games as “co-op” probably does a disservice to their frantic, hectic gameplay. It’s co-op, sure, but if you don’t come away from this one furious with your co-op partner, then you haven’t been playing it right. The aim of the game is to fulfil a series of difficult cooking requests, and together with your partner(s), you must run a kitchen, chopping ingredients and serving up dishes as and when they’re ready. Things get very tricky very fast here.

Epic Games’ battle royale title needs no introduction; it’s almost more of a living, breathing world than a game now. Still, if you just want to parachute into its map for some uncomplicated battle royale fun, the new No Build mode should suffice for that, and you can team up with your friends to take on other duos or squads as well. Fortnite’s gameplay is as simple as it is addictive, so check it out if you want something fun to kill time with.

Much like Fortnite, Apex Legends is a battle royale game, but this one revolves around its cast of diverse heroes and their special abilities. Will you play as healer Lifeline and support your team, or do you prefer the more direct combat abilities of Bangalore? Of course, there’s also a huge map to play on, and it’s always undergoing changes, so if it’s been a while since you last checked in with Apex Legends, you may want to dive back in and see what’s new.

On its surface, The Quarry may not seem like one of the best PS5 co-op games. After all, it’s essentially an interactive movie, right? Well, it does have a built-in multiplayer mode in which players can take turns taking control of characters, so we’re still counting it. If you play it online, then you can vote on key decisions during the storyline, which is a pretty clever way to incorporate online multiplayer into a game that would otherwise have no business being anything other than single-player.

From Software made some pretty big changes to the way co-op works in Elden Ring, so it’s much easier to summon your friends for some co-op exploration in the Lands Between. You’ll all still each have your own progress to watch over, but if a friend is having particular trouble with a boss, it’s much easier for them to call you in for some teamwork. This is From Software’s biggest and most breathtaking game yet, so enjoying it with a friend is essential.

What would a PS5 co-op games list be without Lego Star Wars: The Skywalker Saga? You already know what Lego gameplay is like by now; a huge collectathon influenced by 3D platforming and point-and-click adventure games, utterly devoid of anything approaching meaningful challenge but still great for killing a few hours mindlessly. If you’ve got kids or a partner who doesn’t play video games, this is a great way to get them to join in with your hobby.

Tribes of Midgard demands to be played co-op; while it does have solo play, it’s nowhere near as satisfying as teaming up with other Vikings to defend your village against the encroaching giants. This is a survival game with crafting elements, but it does have a story mode if you’d rather focus on reaching an endpoint. Gameplay-wise, it’s a hack-and-slash action role-playing game, and its mechanics are tight enough to keep you and your buddies interested for a good while.

Very few fighting games have been able to challenge Super Smash Bros over the years, but MultiVersus may be the first one that’s mounted a convincing attempt. This Warner Bros platform fighter boasts a roster filled with memorable characters like Game of Thrones’ Arya Stark and Adventure Time’s Jake and Finn, and it’s also got a solid fighting engine. It’s best enjoyed with a friend, though, because many of its mechanics revolve around teaming up and supporting your partner.

The Relationship Between PS5 and Bitcoin
Next Article The Best PS5 Games For September 2022