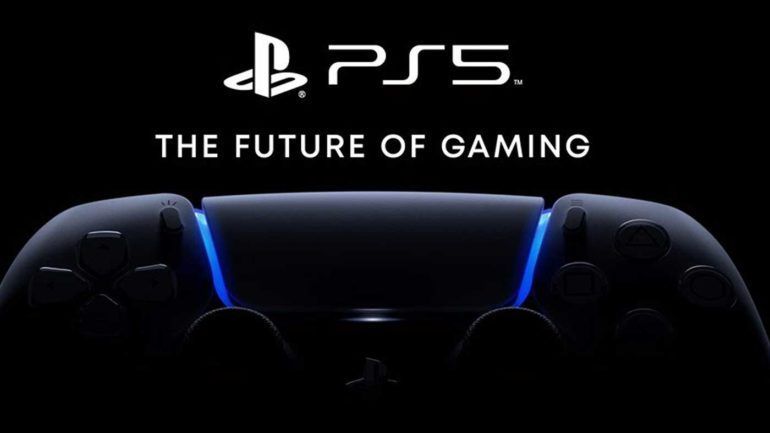 Missed Sony’s big PS5 reveal event on June 11th? Worry not, because you’ll find everything you need to know regarding that event right here! 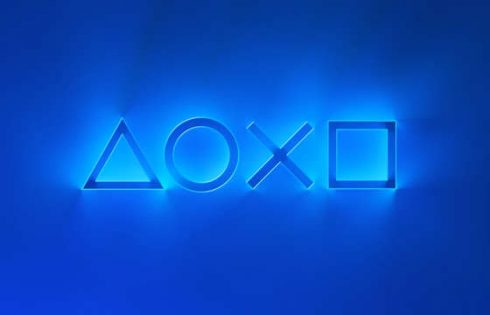 Let’s just say this from now.. Sony knows how to make every fanboy’s jaw just straight-up drop to the floor when it comes to reveal presentations or events. Before getting into the details, Sony “warned” everyone to watch the event preferably with headphones, which hinted immediately to many of us that the stream is gonna showcase a bit of the 3D audio too that the PS5 supports. They actually did showcase the power of PS5’s 3D audio throughout the entire stream and it was great, especially in some games where audio is crucial for total immersion. The console itself and its peripherals look amazingly futuristic, and for the first time in PlayStation’s history, the primary color for the console and its peripherals isn’t gonna be black (or gray, if you still live in the PlayStation 1 era). The primary color here is gonna be white, and black with royal blue lights (once the console has been turned on) are gonna be the secondary and details colors, respectively, and it fits the futuristic look that Sony has gone with. 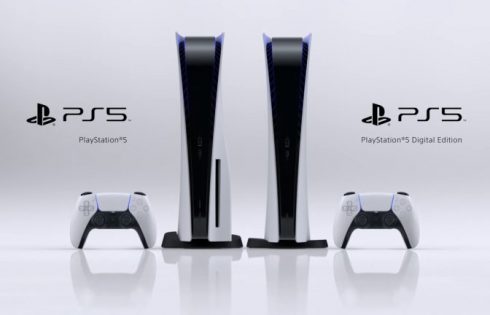 The console will be available at launch in 2 variations, the first one being the standard PS5 and the second one being the “Digital Edition”. Nothing changes internally inbetween those 2 variants, with the exception of the disc drive, where in the Digital Edition of the PS5 it is removed (probably costs cheaper too), but they didn’t mention any price tags. The discs that the PS5 will play its games on will be 4K UltraHD Blu-Rays. Other than the 2 variations of the console let’s talk about what specifications that were confirmed for the PS5 itself. As we said earlier, one of them is the ultra-high speed SSD, which will allow game developers to create seamless experiences and with very minimal objects popping-in all the time while you play, with no 2-minute (or more) loading screens inbetween (I’m looking at you, GTA V and GTA Online). Next, the whole event’s stream “screamed” Ray Tracing. It is absolutely phenomenal what Sony and the game developers have done to harness the power of Ray Tracing. They made us feel extra sure about this stunning new technology that the PS5 will have with the 2-minute trailers and gameplays from games that are gonna be available on PS5’s launch, but also with how CEOs or Heads from different game development studios (like for example Hermen Hulst, who is the Head of Worldwide Studios) that talked about the console itself and its all-powerful processing speed which will allow future games to not have to trade artistic visuals for performance. Seems like the sky is the limit when it comes to processing speed limitations, and it’s only natural for the developers to love it, because now they can “bring to life” whatever they visualize without having to constantly worry about how the game will play on the console performance-wise. 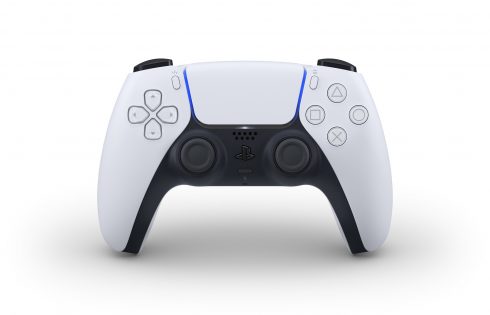 Yesterday’s PS5 event revealed that the controller will indeed have heart rate and sweat sensors, haptic feedback, motion sensor and most importantly for our FPS players, adaptive triggers (L2 and R2 buttons). It will also have a built-in microphone along with an integrated speaker too (maybe that’s a hint to voice control?), as well as, of course, a headset jack. 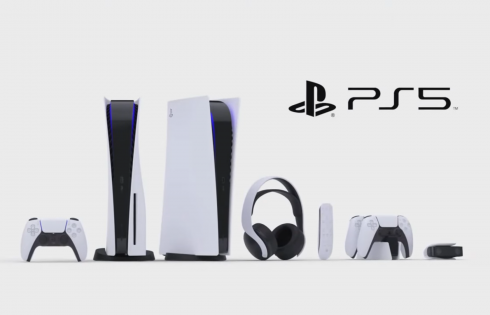 Seems like the PS5 isn’t just a console and a controller. Sony showed in the event that there will be a range of peripherals that work with the PS5 (they didn’t mention if those peripherals will be shipped with the console itself or if they are sold seperately). Those peripherals are:

What better way is there to show off the power of a new console and its potential than with games that are exclusively built for it?

The first game was Spiderman Miles Morales, which really screamed “Homecoming” all over for me. They switched Peter Parker for Miles Morales in this new addition to the Spiderman games and I think it’s a step in the right direction because Miles seems to have a lot of character progression potential and given the story we already know, this change seems appealing and interesting.

Of course, there couldn’t be a new PlayStation console without Gran Turismo. Our favourite exclusive-for-the-PlayStation racing simulator game is back and better than ever, with jaw-dropping Ray Tracing graphics and audio which will deeply immerse you.

When I heard Ratchet’s voice screaming as he was falling through a Rift at the trailer’s beginning, I was smiling from ear-to-ear, because Ratchet & Clank have been a huge part of my childhood and now they are back on the PS5, with an even crazier story for us to experience! So excited for this!

Project Athia is a new game that is being developed from Square Enix’s new studio, Luminous Productions. It seems really closely related to Final Fantasy as far as art style goes, but we’re gonna have to wait and see more regarding Project Athia. So far though, this looks truly next-gen and phenomenal!

Stray is a game where you play as a cat and you must solve an ancient mystery in order to escape from a long-forgotten cybercity. To me, this seems like a spiritual successor to PS2’s Dog’s Life, where you played as a dog that wants to rescue the dog he has a crush on from dog-catchers. In any case, really interested to see how this game will play!

I am so pumped and excited for this game’s release, because I was a huge fan of Twisted Metal for the PS2, and this gameplay screams Twisted Metal to me! Seems very fun and different from other destruction derby games, a very interesting approach! Looking forward to this!

If Ni No Kuni and Ori (from Ori and the Blind Forest, and Ori and the Will of the Wisps) were to have a child, it would be this. This seems like a fun and calm game, without having to be action-packed all the time.

Did you like Life is Strange and want more? This game is definitely for you!

Abe is back, better than ever with yet another adventurous story, filled with all sorts of madness while Abe is trying to save his people!

This game is basically (how I see it) a spiritual successor to an old PS2 game called Fatal Frame, where you had to take photos of ghosts in order to “kill” them. So far, its story and gameplay seems really interesting and will definitely be looking forward to see more regarding this game!

Superbrothers’ new game is finally here, with lots of Interstellar vibes and a very interesting story to tell!

Of course, the PS5 event would feel incomplete if Gearbox wouldn’t be there to showcase their new game, Godfall, which was the first game revealed for the PS5. Odd choice of music for the trailer though, but I understand the reason behind it. Just listen to the lyrics and you’ll surely figure it out.

This is a new game that is under development by the same studio that made Hyper Light Drifter. Seems very interesting to say the least!

Of course, ever since the Playroom was introduced for the PS4, there wouldn’t be a PS5 without Astro and its cute bots.

Honestly, this might have sold me on the PS5. I know this game has been in development for 5 years and its art style looks so hecking amazing and unique, it’s insane. Definitely will be looking forward for this game!

I honestly think NBA 2K21 showcases PS5’s power (till now, at least) the best from yesterday’s games list. Such photorealism and facial detail with the sweat and everything, it looks stunningly amazing.

Bugsnax is being developed from the same studio that has developed Octodad: Dadliest Catch and I think it shows. Its art style, humour and how it borderline breaks the fourth wall seems very unique to me. Will be looking forward to this!

Yes, you read and saw right! Demon’s Souls will be coming to the PS5 masterfully enhanced with next generation graphics!

At first, I thought this was a new Dishonored game because the gameplay seems very closely related to how the Dishonored games play, but Deathloop looks and feels unexpectedly better (at least for me)!

I was definitely shocked when I saw the title in the trailer’s end, cause at first I thought it was a new Outlast game. But it turns out, it’s a sequel to Resident Evil 7’s story! Still shocked, and definitely excited!

Sony held its best game to reveal for last and when I saw its graphics and the world and its details, I was stunned in place. This looks phenomenally well-made to say the absolute least!

Posted by Chris D.
Chris Drougoutis is a full-time gamer, a humorous and creative writer and a great mount grinder. Spending most of his time in the many realms of Azeroth farming that spicy new mount, slaying giant daemons in the world of Eos or killing enemy operators with Hibana's X-Kairos in Rainbow Six Siege.
Previous Article