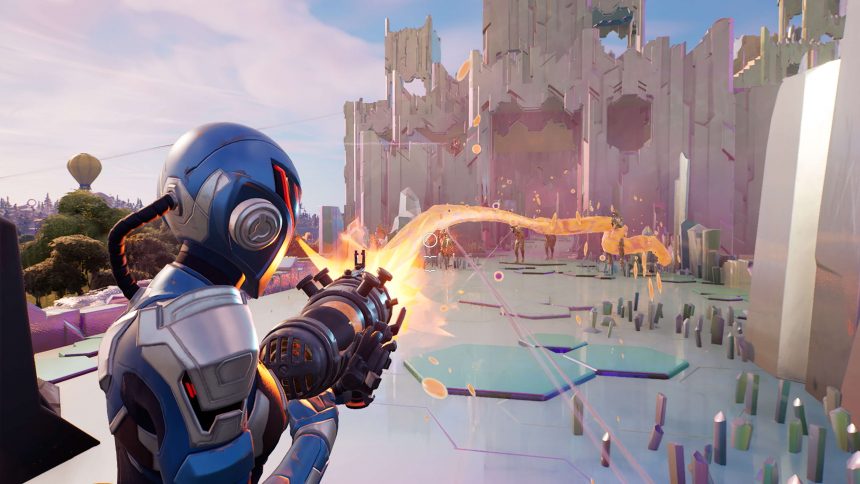 It took five years, but at least we have it now.

Contents
Noobs Can Now Learn How to Play FortniteHow Fortnite’s Tutorial WorksA Tutorial Was Already Available, But Not for PC and ConsolesFortnite Players Took the Matter Into Their HandsHere’s to Dying Less in Fortnite

It’s been five years since Epic Games released Fortnite to the masses. We don’t know about you, but the half-a-decade mark certainly felt longer. Nevertheless, we’ve seen all sorts of creative spins that Fortnite experienced throughout its stint. From having characters from famous anime franchises like Naruto available in the Fortnite Item Shop to letting players wield the Infinity Gauntlet, the battle royale certainly doesn’t fall short when it comes to acquiring just about anything related to pop culture. But surprisingly, we’ve yet to have an actual tutorial mode for Fortnite—until now.

Noobs Can Now Learn How to Play Fortnite

At this point, almost everyone under the sun knows what Fortnite is. Whether it’s an eight-year-old or a parent, Fortnite is one of the most influential games that’s ever graced the interwebs. Funnily enough, however, Epic Games only decided to implement a tutorial mode for their famous title. But don’t be mistaken; Fortnite’s had a tutorial mode since its launch—on mobile. If you were a PC or console player, you had to learn the hard way: by jumping off the bus, watching someone magically construct a city block in two seconds, and then getting shot in the head by a sniper. The tutorial might be a tad too late if that were your circumstances back then, but now, the players that just created a new Fortnite account at least have something to lean on when it comes to learning Fortnite.

Fortnite’s tutorial teaches you how to look around using your controller or mouse. This is a pretty important aspect, considering Fortnite is all about knowing where to look around and shoot enemies. Once you’ve got that down to a pat, it shows you the essentials, such as how to jump, break objects for mats, crouch, reload, heal, equip weapons, and more. The tutorial also teaches you how to build, but thankfully, this is now an optional feature thanks to Zero Build mode. Once you’ve gotten through each point, huzzah! You have completed the tutorial!

The tutorial comes with its own small map. You won’t be able to wander around and get lost on an island with nothing to do and no objectives since it keeps you locked in. But say, for whatever reason, you fancy trying it out. You can do so by going to the “By Epic” section in the Discovery tab.

A Tutorial Was Already Available, But Not for PC and Consoles

When Epic Games enabled tutorial mode during the Halloween season, it may seem new to you if you’re a console or PC player. But did you know it’s already been in other versions of Fortnite since Chapter 2? That’s right—the battle royale for Xbox Cloud Gaming and Android already has this exact tutorial for some time. It’s better late than never, but now, it’ll be available to all players regardless of their platform.

What’s surprising is that it took Epic Games five whole years to introduce the mode to Fortnite on PC and console, especially with how many new players it brings in regularly. It’s possible that the developers simply didn’t think Fortnite’s more “hardcore” section of players needed a tutorial. We can’t say the same for folks like us who got thrown into the lion’s den in the pre-tutorial era, though.

Fortnite Players Took the Matter Into Their Hands

While Fortnite remained tutorial-less before the update rolled out, players have taken matters into their own hands by creating content like YouTube videos for newcomers in Fortnite. Some had even made their own Creative Mode tutorial maps for greenhorns to dive into before Epic decided that the “main” versions of Fortnite needed a tutorial five years after its launch.

The thought of including a tutorial wasn’t useless, considering the game continually gets new players. Plus, the lack of a tutorial is one of the main gripes some players have had with Fortnite. The game has so many mechanics to think of, and with Epic doubling down on this by adding more consistently, having an official tutorial from the makers of the game themselves is quite an addition. Hopefully, the update will reduce the number of players dying on a map without firing a single shot.

Here’s to Dying Less in Fortnite

If you’ve already had your Fortnite account for years and a few wins, don’t expect anything particularly special or new in the tutorial. But if you have a friend interested in diving into Fortnite but don’t know where to start, its latest tutorial mode is a great way to learn the ins and outs of the battle royale. That’s not to say that the mode is only for novices; old and new players can access it. So why not give it a try as well? You might even learn something new.