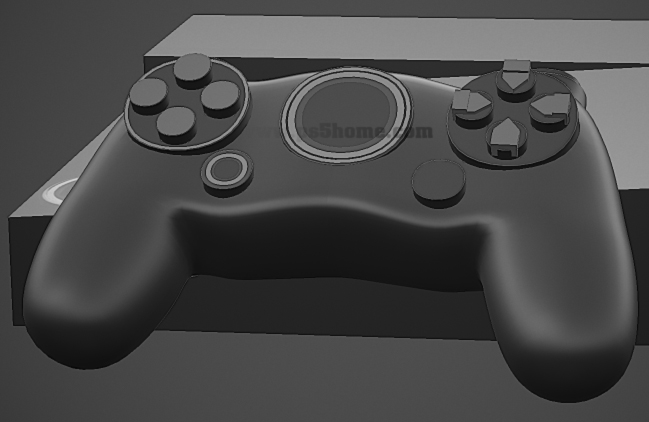 Now that the PlayStation 5 is official, speculation is rife about what it will look like. We know a little bit about the console’s internals; it will have a solid-state hard drive, a custom graphics chip, and it’ll support ray tracing. What we don’t know too much about is the controller. The console is shaping up to be just as amazing as its predecessors, but without an excellent controller, it might suffer. Of course, we have every confidence that Sony will knock it out of the park yet again with the controller. So, what do we know about the controller for the PS5?

This is one of the things we don’t know for certain about the PS5’s controller. The name is perhaps not quite as important as how it feels, but it’s still crucial to brand the controller well, because if Sony messes up here then it might see a lot of mockery on forums and such. The natural direction for the company to take is “DualShock 5”; it’s been going with numbered DualShock instalments since the original PlayStation. Given that the console is called the PlayStation 5, the name DualShock 5 is pretty much certain. Sony could throw us a curveball, but it’s not likely at this stage.

During an interview with Wired, PS5 lead architect Mark Cerny showed off a prototype version of the PS5 which came with a developer kit controller. The controller strongly resembled the DualShock 4, and if past form is to be believed, the DualShock 5 (name not final, remember) won’t deviate too much from the shape Sony has established for its last few controllers. We don’t know exactly what it looks like right now, but it’s hard to imagine Sony wanting to change the shape too much when everything has worked so well for the company up until now.

Here’s an interesting fact: Sony originally designed the PlayStation’s face buttons with specific functions in mind. Circle meant “confirm”. X – or “cross” – meant “cancel”. Square was the menu button, and Triangle was intended to be a first-person view button that changed your perspective in order to take advantage of the PlayStation’s new 3D functionality. We don’t think Sony will move too far away from its standard face button arrangement, seeing as it’s now the clearest identifier of the brand. Expect to see the standard button arrangement reappear on the PS5’s controller.

Of all the features the new controller will boast, Mark Cerny seems the most proud of two things: its new triggers and its haptic feedback function. We’ll talk a little more about the second one in a moment, but the PS5’s triggers are exciting. Sony is calling them “adaptive triggers” which respond to your touch differently depending on what you’re doing in your game. Drawing a bowstring back will give a very different feel to firing a shotgun, for example. Sony is aiming for maximum immersion with the DualShock 5, and the triggers will help with that mission.

Internally, the PlayStation 5’s controller will emphasise haptic feedback in a way that the Xbox One’s controller – which boasted triggers with varying responses to stimuli – can only dream of. In a second Wired interview, journalist Peter Rubin says the controller feels amazing and provides completely different feedback for different situations. When you’re wading through mud, it’ll feel soggy and slow, while sliding on ice will make you feel quick and sprightly. We know that Sony is gunning hard for this part of its controller, so we’re excited for that.

With smartphone speaker technology advancing the way it has over the past few years, an improved speaker on the PlayStation 5’s controller was pretty much an inevitability. Sure enough, according to Cerny’s Wired interview, this is an aspect of the console Sony wants to home in on. We don’t know exactly what the new speaker will be like, or how it’s been improved, but it’s likely to work in tandem with the PS5’s new focus on surround-style audio even from TV speakers. We’ll have to wait and see what this new speaker has in store.

It’s probably about time that Sony adopted the USB-C standard for its controllers, especially given that pretty much all of its flagship smartphones use this cable to charge. If Sony wants to encourage users to adopt its ecosystem, then USB-C is pretty much a must for its DualShock 5, especially given that the Nintendo Switch’s Pro Controller uses this standard to charge. USB-C allows for faster charging than the PS4’s Micro USB connector, so we could well see controllers leaping to full battery within just 30 minutes to an hour if the PS5 uses USB-C. We also believe that the new controller will not only charge faster, but it will last far longer whilst in use – that’s a win win for PS5 gamers.

These are just some of the possibilities surrounding Sony’s new PS5 controller. We still don’t actually know anything about the unit itself, and Sony is remaining pretty tight-lipped. The company isn’t likely to give anything major away until it’s announced the PS5 proper, which we’re not expecting to happen until sometime next year – probably around March-April time. Stay tuned for more information about the DualShock 5, but we’re betting on one thing: we’re definitely right about the name. You heard it here first!

A Few Thoughts on The PS5 Dev Kit
Next Article

PS5 Pricing Rumours – What Will Be The Cost Of The Next Best Console?
Leave a comment
Subscribe
Connect with
Connect with
0 Comments
Inline Feedbacks
View all comments