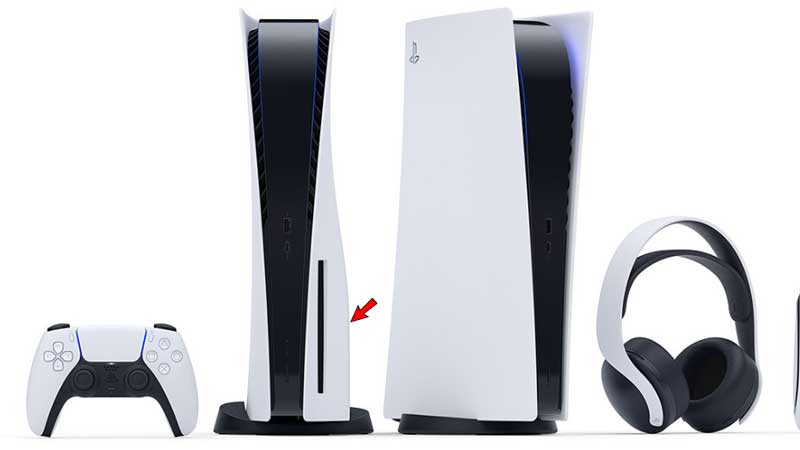 Sony has two PS5 models – one with a disc drive and the other all-digital. Unlike Microsoft, Sony decided not to create two machines with different specs; rather, there is a version of the console with a 4K Blu-ray drive, and a version with no disc drive whatsoever. Though your choice of which PS5 to buy may initially seem like a no-brainer, you might want to give it a little more thought, as there’s actually a range of reasons you should opt for either. Here is our guide on whether the PS5 Digital Edition or PS5 Disc Edition is right for you.

Luckily, the PS5 Digital Edition has the exact same specifications as its 4K Blu-ray drive cousin. That means that not only are you getting the same internals, allowing you to play your games with the same graphical fidelity, but you’re also getting the same 825GB SSD. Of course, that could be an issue for you – more on which in a moment – but if you’re worried about buying the wrong PS5 and getting an inferior machine, you don’t need to be. No matter which PS5 you opt for, you can be sure of the same high-quality 4K graphics, the same lightning-fast 16GB RAM, and the same custom 8-core CPU. Also, you’ll be able to purchase a portable HDD to expand your storage space (more on this in the future from us).

This could prove a significant obstacle for you if you’re the kind of person who likes to keep games installed on their hard drive. The discless PS5 won’t have the capacity for physical media, so everything you play will need to be installed on your SSD. That means your drive could fill up incredibly quickly if you play a lot of games. Of course, this is the kind of problem that can easily be rectified with an external drive, but if you can’t quite stretch to that financially, then it’s hard to imagine the discless digital PS5 keeping you satisfied.

Depending on whether or not you’re a physical media fiend, the discless PS5 obviously won’t be able to play your physical PS4 library, so if you’ve got an extensive collection of PS4 games, you might want to stick to the disc-based edition. However, in terms of digital software, both consoles will be able to play exactly the same games, movies, and other media, so you can’t go wrong with either option. In addition, if you’ve already got digital games on the PS4, the PS5 will be able to play them without any issues. This one’s a stone-cold draw, we’re afraid.

Now we come to the PS5 Digital Edition’s crowning glory. Having to get up from your comfortable sofa, bean bag chair, or whatever you’re sitting on to game in order to change discs can be a real inconvenience. That’s where the Digital Edition comes in. You won’t ever need to switch discs again if you opt for this model. Of course, the disc-based PS5 supports digital games too, but you’ll likely be tempted to buy disc-based games and movies for that machine, so if extended gaming sessions without moving an inch appeal to you, then go for the Digital Edition.

There’s surprisingly little difference between the Disc Edition and the Digital Edition, but the fact remains that the Digital Edition takes up marginally less space. If your TV table is struggling for room, then the disc-based PS5 might not be the optimal purchase for you. Conversely, if space is no object and you’ve got plenty of room for a slightly more sizeable console, then you can safely go for the Disc Edition. However, since we’re judging exclusively on the space each machine occupies for this battle, we’re going to give this one to the Digital Edition.

If you’re the kind of person who regularly engages with the second-hand market and likes to trade games in, then the PS5 Disc Edition is undoubtedly the more cost-effective machine. After all, there’s no mechanism for trading in digital games, but for physical games, there are likely to be several outlets near you with which you can trade your games in and receive store credit for more games. As such, if you’re looking to get the maximum bang possible out of your buck – and you don’t mind trading games in when they’re done – then opt for the Disc Edition.

The disc edition of the console costs more, and this will be a factor for those on a budget. However, not having the ability to by physical media might mean you pay more as you can only download. Thus, you should consider this before deciding which is best for you. However, the digital edition is cheaper by £100; thus it wins the price war.

Your internet speed will certainly define which console you opt for. A sluggish internet could mean you are waiting many, many, hours before a game downloads. Thus, for such gamers, your best option is the disc console. Also, our analytic data shows that PS5 gamers vastly prefer the disc version. What’s more, we are keeping physical media alive – something we should all be proud of.