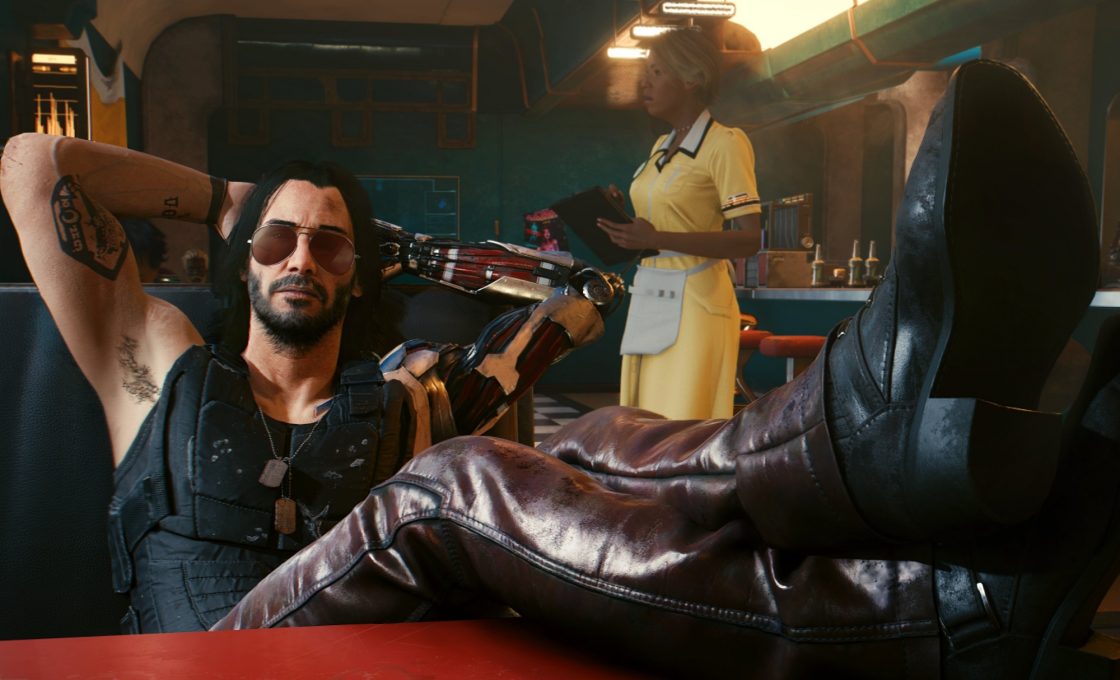 Due to bugs, Sony has now challenged the buggy game.

The day is finally here. CD Projekt Red’s long-anticipated Cyberpunk 2077 has finally hit shelves, and it’s doing about as well as everyone expected it to, notching up an impressive 90 score on Metacritic (for the PC version, anyhow). Unfortunately, the game isn’t out yet on the PlayStation 5, and it won’t be hitting Sony’s machine (or, indeed, Microsoft’s next-gen option) until 2021. We don’t have a definitive release date yet for Cyberpunk 2077 on PS5, but until then, you might be wondering if you should buy the game on PS4 (or PC) or if you should hold out until it hits PlayStation 5. Here are some things to consider if you’re on the fence about buying Cyberpunk 2077 on PS5.

We don’t know when it’s coming yet

CD Projekt Red hasn’t officially announced a release date for the PS5 version of Cyberpunk 2077 yet, so we don’t know when it’s coming. It could be a number of months until we see the game on Sony’s next-gen platform. Sites like Eurogamer have managed to get their hands on the PS5 version of the game in order to perform a tech analysis, but that doesn’t mean we’re any closer to actually holding the game in our hands. As such, if you’re really, really desperate to get Cyberpunk 2077 right now, you might want to consider picking up a PlayStation 4 copy, because there really is no window of time as to when it’s hitting PS5 yet. However…

Much has been made of how Cyberpunk 2077 plays on the PlayStation 4. Unfortunately, it’s not good news. While it might be remarkable that CD Projekt Red has managed to get its game to run at all on the last-gen PlayStation given its graphical fidelity, it has come at the cost of a lot of visual and performance bugs. If you don’t have a reasonably powerful gaming PC, then buying it on the PlayStation 4 right now – that is to say, in its current state at the time of writing – probably isn’t advisable. It’s clear Cyberpunk 2077 needed more time in the development stage before it was ready for release on last-gen machines, and nowhere is this more evident than on the PS4.

Even the PS4 Pro is struggling

While performance is much, much better on the PlayStation 4 Pro, it’s still clearly having trouble running CD Projekt Red’s magnum opus. In many cases, Cyberpunk 2077’s resolution dips to 972p, running at 1188p in most environments. For comparison’s sake, the base PlayStation 4 model runs the game at 900p, fluctuating as low as 720p when things get busy. Even if you’ve got a PS4 Pro, you’re not going to see a consistent visual experience from Cyberpunk 2077, and neither the PS4 Pro nor the base PS4 model can hit a consistent 30fps framerate, either. With that in mind, if visual and gameplay consistency are important to you, it’s safer to wait.

If you’re lucky enough to have a gaming PC, then Cyberpunk 2077 fares much better on that platform. For a start, you can tweak far more options in the PC version of the game, ensuring that almost everyone will be able to find a setting that works for them. In addition, if you were lucky enough to secure a new Nvidia 30 series graphics card (which, sadly, many gamers won’t be from now until 2021), then Cyberpunk 2077 should run smoothly, especially if you have current-gen Intel or AMD processor chips to match. Many of the visual and performance glitches that have been reported in Cyberpunk 2077 haven’t been as prevalent on PC (although they do still exist to some degree).

Since release, CD Projekt Red has been hard at work making sure patches are released that address the most egregious complaints. This process is moving so quickly that by the time you’ve read this, Cyberpunk 2077 is likely to be in quite a different state. Even on the base PS4 model, it’s likely CD Projekt Red will be able to get the game in a workable state shortly, although don’t expect visual fidelity anywhere near the level of the PS5 or a solid gaming PC. If you are considering buying Cyberpunk 2077 and the current state of the game is putting you off, rest assured that it’s likely to improve significantly even within the next few days.

A PS5 version is definitely coming

You might be one of the people who believes that it’s worth waiting for Cyberpunk 2077. If you do think you can hold off for a little while, it might be worth it. The game is definitely on its way to the PlayStation 5, and will arrive sometime next year. We don’t expect it’ll be too late into the year, either, so if you can stay away from the internet for long enough to avoid spoilers, then waiting might be a good course of action. The PS5 version of Cyberpunk 2077 is definitely going to be better in terms of technical capability than the PS4 version, so if you think the glitches and dips will ruin your experience, it’s best to wait for the game to land on PS5.

You’ll get a free upgrade

If you do buy the game on PS4, then once it hits PS5, you’ll get an upgrade to that system at no extra cost. In many ways, this means it’s completely worth it to buy Cyberpunk 2077 on PS4; after all, you’re not losing anything if you do so, because you’ll still have the game on PS5 by the time it comes out. There’s a lot of hype surrounding the game, so if you want to join in with that hype and you don’t think you can stay away from online spoilers, you might want to simply take the plunge and grab the game, especially if you have a PlayStation 4 Pro.