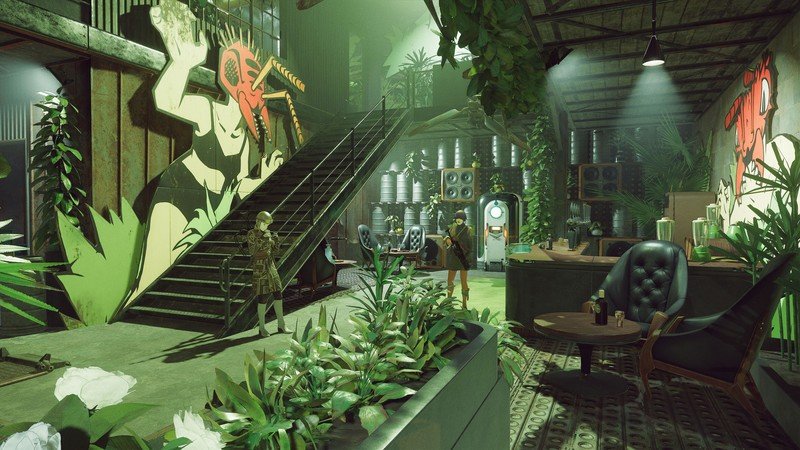 Bloober Team’s spooky scarefest is on its way to PS5 next month, having already been an Xbox and PC exclusive since January. It’s a third-person fixed-camera horror game inspired by the likes of Silent Hill and Resident Evil, and while it never quite reaches the heights of either of those games, it’s a very accomplished and well-crafted experience. Sony is promising that the DualSense controller will add all kinds of nifty features to this one, so we’re excited.

Bandai Namco’s stated aim with Tales of Arise is to revitalise the series and introduce it to newcomers, all while retaining the appeal that made it so popular with its fans. This is no mean feat, but we’re looking forward to seeing how the studio handles it when the game launches next month. It’ll have a revamped combat system that focuses on dodging and riposting, and will supposedly feature much higher graphical fidelity than its predecessors.

Billed as the third mainline entry in the Life is Strange series, after a full sequel and a prequel, True Colours will focus on the story of Alex Chen, a young woman who can perceive other people’s emotions. Expect the same mixture of exploration, conversation, and emotive storytelling that the franchise has become known for, although development is not being handled by Dontnod this time. True Colours is sure to be a hit with you if you loved the previous games.

Despite Microsoft’s purchase of Bethesda last year, Deathloop will be a PlayStation 5 exclusive for the first part of its life. You’re an assassin stuck in a time loop, and you’ll have to use what you learn from each loop in order to prevail. If you leave even one of your eight targets alive at the end of the loop, you’ll restart from the beginning. The premise behind Deathloop sounds fascinating, and we’re glad it doesn’t feature a no-kill bonus; the combat seems far too viscerally satisfying to ignore in favour of sneaking around.

Kena: Bridge of Spirits looks like a cross between Beyond Good & Evil and Pikmin, and frankly, we’re here for such an innovative mixture of gameplay styles. Aesthetically, it’s breathtaking, reminiscent of late-period 3D Disney animation or even Pixar, but boasting its own unique slant on the style. Although this one’s going to retail at a somewhat reduced price, that doesn’t mean it skimps on production values. Expect this to become an essential part of the PS5’s lineup.

You kill stuff. You loot the stuff you’ve killed for gear. You take what you don’t need back to town to sell it. If that core loop doesn’t sound particularly compelling, then you’ve obviously never played Diablo before. This series’ mixture of dungeon-crawling, build-based combat, and loot-gathering has proven incredibly influential; you can see the marks of Diablo all over franchises like Borderlands, Destiny, and even more recent Assassin’s Creed titles. With a new coat of paint, Diablo II: Resurrected won’t just be a blast from the past.

Do you love the Yakuza games? Have you played Judgment yet? If the answer to the first question is yes and the second is no, you should get on that – it’s a detective-themed spinoff of the quirky Japanese open-world series, but it basically plays just like a Yakuza game. Lost Judgment is the followup to the original Judgment, focusing once again on Takayuki Yagami as he navigates the seedy underbellies of Kamurocho and Ijincho. This one’s a must-play for fans of Yakuza and Ace Attorney.

Hideo Kojima’s supremely strange open-world walking simulator comes to PS5 next month, and it’s bringing new content including an expanded storyline, more enemies, and extra gear to get your hands on. Otherwise, it’s the same bizarre mixture of stealth, hiking, and clunky combat, just as likely to put you off as to completely enthrall you. Death Stranding is the very definition of “not for everyone”, but it’s a unique, uncompromising game that should be experienced at least once.

Ghostrunner is already available on last-gen consoles and PC, but the PS5 version promises to be the definitive experience. This first-person parkour-based slash-’em-up is not for the faint of heart; a split second can mean the difference between victory and defeat, and you’re likely to be banging your head against the walls of difficulty the game throws up well into your playtime. Despite this, Ghostrunner offers a unique combination of freedom and the true feeling of actually being a ninja.

If you’re a big fan of classic turn-based JRPGs like Final Fantasy, then Astria Ascending is going to be unmissable. While developer Artisan Studios is based in France, the project has the involvement of Final Fantasy luminaries Hitoshi Sakimoto and Kazushige Nojima. The former, who worked on Final Fantasy XII, is composing the score; the latter is contributing writing work, having also done so for Final Fantasy X and Final Fantasy VII Remake.