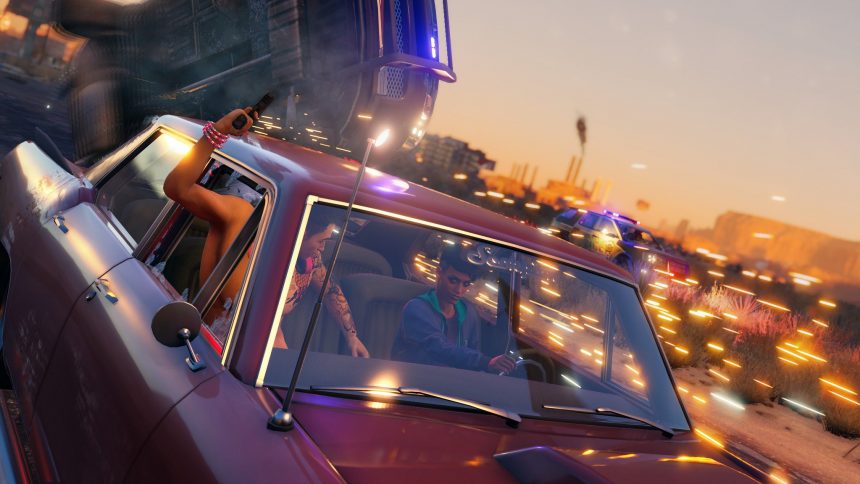 The August game release schedule is looking a little dry, but there’s still plenty to be excited about if you’re a PS5 gamer. Whether you’re a fan of brutally punishing action RPGs, open-world GTA-style crime sandboxes, or more offbeat indie titles, you’ll find something to love on your PS5 in August, so don’t worry; you won’t be devoid of gaming experiences this month. Here are the best PS5 games on their way to Sony’s wonderful machine in August 2022.

If you loved the madcap, off-beat stylings of Two Point Hospital, then it stands to reason that you’re going to adore Two Point Campus, which expands the formula of its predecessor and shifts the action to a university campus. You can control what the campus looks like, what the students learn, and what kind of strategies and policies you want to implement, so if you’re a huge fan of management gameplay with a more wacky and off-kilter aesthetic, keep Two Point Campus on your radar this August.

Cult of the Lamb (August 11th)

Marrying action gameplay with a rather curious approach to management, Cult of the Lamb is a typically Devolver offering that’s on its way to your PS5 this month. You play as a possessed lamb who must build a cult in the name of the mysterious “One who Waits”. In order to do so, you must venture into randomly-generated dungeons, dispatching enemies and recruiting followers. Once you’ve recruited followers, you can assign tasks to them, which include gathering resources and worshipping you.

Have you ever wondered what would happen if you married the worlds of melee combat and battle royale? Well, Rumbleverse is the answer to that question. It looks like a madcap barrel of laughs, and its developers aren’t bothering with an Early Access phase for it, so when it does arrive, it’ll be fully-formed (with the usual live service caveats of getting extra content added over time, of course). Rumbleverse looks like a rollicking good time, and you can play it on PS5 soon.

The Dark Souls formula is very difficult to get right, but that’s not stopping Taiwanese studio OverBorder and publisher Team17 from trying. Thymesia looks like a solid, stripped-down take on Bloodborne, complete with a cool-looking plague doctor protagonist and plenty of enemies to slice and dice. The game has already suffered a couple of delays, so here’s hoping that when it does arrive on August 18th, it’ll be fully-formed enough to be a worthwhile and enjoyable experience.

Hey, believe it or not, some people still really care about Madden outside the USA! These games have an incredibly strong following, and while they sometimes go in the wrong direction when it comes to microtransactions, we’re still rooting for Madden NFL 23. This time around, the big new feature is the much-touted FieldSense, which should give players an extra degree of realism and tactical decision-making. Otherwise, it’s the same excellent true-to-life football sim you know and love.

After the Saints Row franchise devolved into increasingly ridiculous shenanigans, Saints Row is here to set things straight. It’s a relatively po-faced take on the franchise that will still feature some of the series’ signature wacky aesthetics and gameplay, but that will return things to the traditional crime sandbox style espoused by the first two games. This time around, the action takes place in the city of Santo Ileso, where you’ll once again play as The Boss (although a very different Boss to last time around).

The original Pac-Man World is one of the best and most underrated 3D platformers of its day, so we’re thrilled that Pac-Man is coming around again in this enhanced remake. It’s got all the charismatic platforming offered by the original, but with a new modern coat of paint that should smooth some of the old-school rough edges and make this a far more palatable experience in 2022. If you love retro 3D platformers, you should be as excited for Pac-Man World Re-Pac as we are.

If you’re a Persona fan or you love the Shin Megami Tensei series of RPGs, then you need to play Soul Hackers 2. At its core, it shares a lot of similarities with those games; you must amass an army of demons to help you and your companions protect the world from this week’s cataclysmic apocalypse. To do so, you must engage in deeply strategic turn-based battles and explore the city in which the game takes place, upgrading equipment and building relationships with your party members.

The original Destroy All Humans got itself a remake back in 2020, bringing the 2005 original up-to-date (warts and all). Destroy All Humans 2 promises to do the same with the 2006 followup, which will once again star everyone’s favourite cranky alien Crypto (nothing to do with Bitcoin, we promise). This time, Crypto must battle against the Russian KGB, as well as a race of aliens that he had thought permanently gone from the universe. It promises to be yet more madcap alien fun.

Ah, Teenage Mutant Ninja Turtles. If you grew up alongside these heroes in a half-shell, then you’ll probably find the game of your childhood nestled here in this loving collection. The Cowabunga Collection offers thirteen classic Turtles games, from side-scrolling beat-’em-ups to ludicrously difficult platformers. You’ll also find lots of extras, including save states, the ability to change button mapping, and a host of curios from the classic TMNT era.

The 10 Best Games On PlayStation Plus Extra
Next Article

Can You Change Theme And Wallpaper On PS5?
Leave a comment
Subscribe
Connect with
Connect with
0 Comments
Inline Feedbacks
View all comments