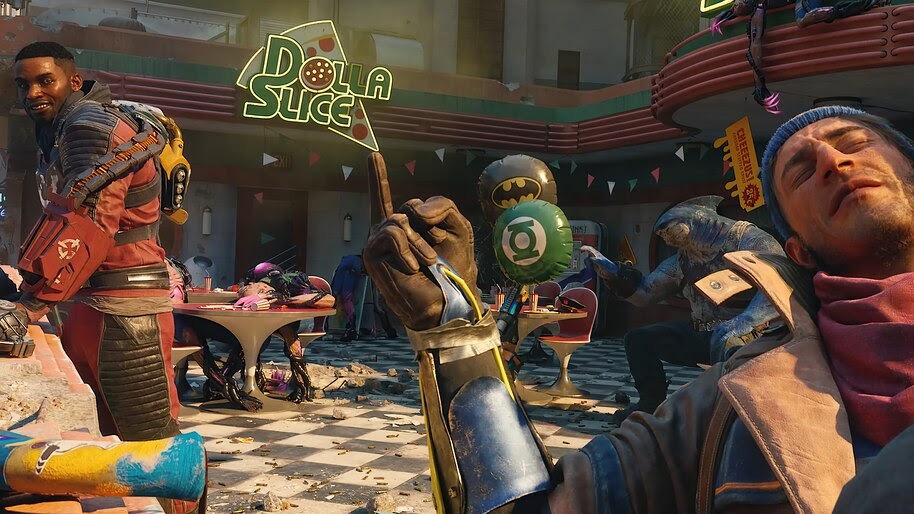 This news comes via the DC Fandome event, which took place this weekend between August 22nd and 23rd. At the event – at which Warner Bros also announced a new Batman action RPG titled Gotham Knights – the studio showed off the first trailer for Suicide Squad: Kill The Justice League. The trailer doesn’t contain any gameplay footage, instead choosing to show some of the interplay between the members and their abilities.

In the trailer, we see the titular Suicide Squad navigating a ruined Metropolis on what Squad member Harley Quinn describes as a “top-secret assassination mission”. The Squad is goofing off and ignoring orders from its superiors, but it’s not long before Quinn – along with Deadshot, King Shark, and Captain Boomerang – launches into action. We see some colourful combat between the Squad and some of supervillain Brainiac’s minions before Superman shows up. Quinn and the Squad watch as Superman incinerates a pilot he ostensibly saved moments before.

All we know about the gameplay for Suicide Squad: Kill The Justice League so far is that it’s a four-player co-op game in which players will be able to take control of one of the four characters seen in the trailer. If you’re playing the game alone – which is entirely viable – then AI will take control of the other four, and you’ll be able to switch between Squad members on the fly.

There are rumours that Rocksteady is intending to make Suicide Squad: Kill The Justice League a games-as-a-service title, something which Marvel has recently adopted alongside Crystal Dynamics for its upcoming Avengers game. Rocksteady and Warner Bros haven’t said anything about this particular feature; it’s likely they’ll be waiting and seeing what happens to Marvel’s Avengers before making a concrete decision.

Suicide Squad: Kill The Justice League will land on the PlayStation 5 sometime in 2022. When we know more about its release date, including specifics on a launch window and more details about the gameplay, we’ll let you know. Until then, it’s safe to start getting excited if you are a fan of DC’s works and of Harley Quinn’s de facto family.

Which PS4 Peripherals Are Compatible With PS5?
Next Article