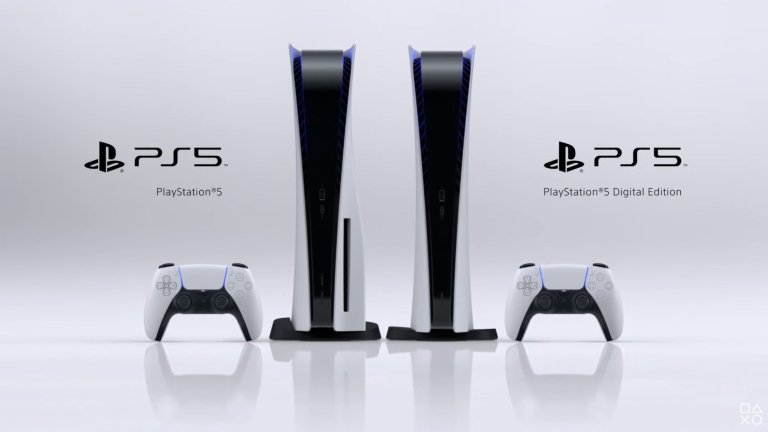 If you’re anything like us, then you’re likely glued to news about the PlayStation 5’s launch. We think this is the most exciting Sony hardware premiere in many years; the innovations offered by the PS5 go far beyond graphics, with loading times, frame rates, and plenty more all significantly improved over the previous generation. After the runaway success of the PlayStation 4, we think the PS5 is poised for an easy victory this generation; Microsoft has chosen to double down on backward compatibility, making its next-gen strategy somewhat muddy and ill-defined.

PlayStation boss Jim Ryan certainly seems to agree. Speaking to the BBC’s Radio 1 Newsbeat, Ryan said the PlayStation 5’s launch was “the most extraordinary” of all the console launches Sony has ever done. Think about that for a moment. That takes into account Sony’s storied history of console manufacturing, which began all the way back in 1994, and covers five different console generations. Of all of those console launches, Jim Ryan thinks the PS5’s launch is the most remarkable. Why would that be? We’ve got some ideas. Here’s why the PS5’s launch is so special.

It’s happening during a pandemic

Some may wish to forget about the ravages of COVID-19, but unfortunately, the dreaded pandemic has had an effect on pretty much every single industry in the world. Gaming is no different; it might be enjoying a boom as more people spend time indoors, but there’s no doubt the coronavirus has had an adverse effect on manufacturing and development. A new console launch should be a time for joyous celebration, but given that the PS5 is launching as many countries around the world go into lockdown, the launch is altogether more muted than that. It’s fair to say the PS5’s launch is utterly unique among its console brethren (although the Xbox Series X can claim the same).

You might not be able to queue up for one

Unlike with pretty much every other console release, it might well be impossible to physically go to a store and queue up for your PlayStation 5 right now. Many countries around the world are re-entering lockdown, meaning that brick-and-mortar gaming stores must close. That means if you’ve placed a pre-order with those stores, you’ll likely either need to visit the store for click-and-collect or simply have your console mailed to you. It’s an eerie, unsettling way to buy into the next generation of gaming, and it’s one we’re not likely to see repeated again as the subsequent generation is still many years away.

In the above Newsbeat interview, Jim Ryan proclaims that the PS5’s DualSense controller is going to “[add] a whole new layer of meaning” to gaming interactions. That means that when you pull back the string of a bow or fire a gun with some recoil, the DualSense’s new triggers and haptic feedback motors are going to make you feel those actions. This is just one of the reasons the PS5’s launch is so special; it’s not just about games, but an increased layer of immersion that brings more gamers closer to the action than ever before.

The PS5 is the first Sony console with an SSD

Three letters – SSD – belie a whole new approach to making games work on the PlayStation 5. As the first generation with an emphasis on solid-state storage drives, the PlayStation 5 will drive searingly fast loading times and near-instantaneous draw distances in many cases. This won’t just be the case for PS5 games, but also for PS4 titles; rarely has a console brought as much to its previous generation’s software library as the PS5 is going to. The solid-state drive is going to make traditional mechanical drives in consoles feel unspeakably ancient.

The PlayStation 5 is launching with an absolutely monstrous lineup. Whether it’s the open-world shenanigans of Ubisoft’s Assassin’s Creed Valhalla, the dingy dungeon exploration of Bluepoint’s Demon’s Souls remake, or the quirky collectathon gameplay of Bugsnax, there’s something for everyone on Sony’s machine. This is one area in which the PS5’s launch feels significantly more special and noteworthy than that of the Xbox Series X; the latter is relying on a fairly tired library of existing games and non-exclusives to prop it up, while Sony is bringing the thunder, with more gold on the way in the form of Ratchet and Clank: Rift Apart, Horizon Forbidden West, and plenty more.

The PS5’s 3D audio is incredible

Never before has a console launched with such an emphasis on total immersion. Not only is the DualSense controller designed to make you feel every action you perform, but the PS5 is also outfitted with an audio chip that brings spatial 3D audio to any room, even those without a high-quality Hi-Fi system. Combine that with the PS5’s Pulse 3D headset and the console is looking like a seriously special proposition for anyone who loves their sound. If you’re not impressed by PS5 graphics (and who wouldn’t be), then you’re sure to be completely astounded by the console’s audio capabilities.

What do you think? Do you think the PlayStation 5’s launch is remarkable? Have you managed to get your hands on a PS5 pre-order? Let us know!