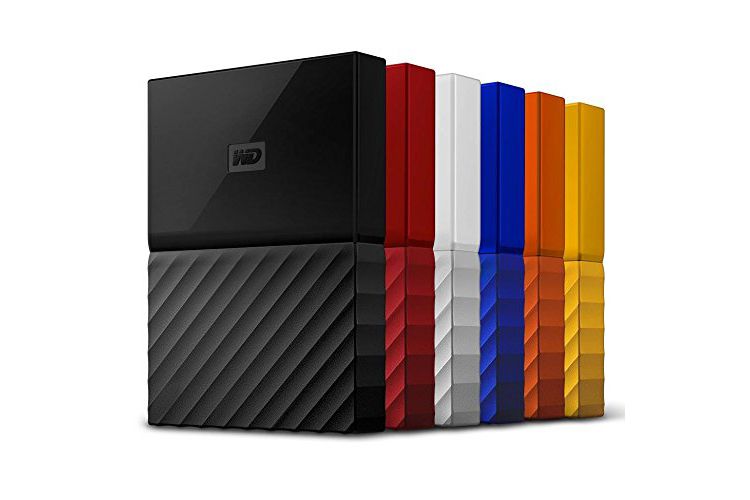 The PlayStation 5 is truly a miraculous machine. Its SSD allows for lightning-fast load times, it’s got an excellent range of games available with more on the way, and its controller is revolutionary. However, despite all it has going for it, the PS5 isn’t perfect. One of the biggest flaws with Sony’s newest console is how little storage space it has available.

Don’t get us wrong; its 825GB solid-state drive is more than enough for a few games to be installed at once, even if the capacity is strangely specific. However, once you start amassing a games collection, you’ll need to make some difficult decisions about what to keep on your console and what to strategically delete to make room for other games. Thankfully, you can connect an external USB storage drive to your console in order to store extra games and solve your memory woes. Here are the best PS5 external storage drives.

Samsung is a household name when it comes to storage solutions, and looking at the T7 Touch, it’s not hard to see why. The sleek, minimalist design complements the PS5’s look perfectly, and the drive’s unobtrusive size belies its beastly capacity. The T7 Touch’s most intriguing feature is its fingerprint-based encryption, which means nobody but you will be able to access your data if they get their hands on it. We’d recommend opting for the 2TB model if you’re serious about gaming; file sizes are absolutely colossal these days, so you’ll likely fill up the 1TB model quicker than you might expect.

Our recommendation for the Toshiba Canvio comes with a gigantic caveat: this drive is not an SSD, so you’re not going to see the kind of lightning-fast load speeds you’ll get with the PS5’s internal drive. Generally speaking, it’s hard to find a solid-state storage solution if you’re on a tight budget, but the Canvio will do just fine if all you want to do is play old PS4 games or transfer your library to a different console (or simply store it so it’s ready to play later down the line). The read and write speeds on the Canvio are less than impressive, but you also won’t break the bank for it, so that’s a compromise we’re willing to make.

Make no mistake: the WD Black P50 drive is staggeringly, eye-wateringly expensive, so this is not the drive for you if you’re looking to save some cash. If money is no object, however, the P50 is a hard-wearing marvel with a huge capacity and incredible speeds. If you’re a frequent traveller, the P50 will keep your games and data safe thanks to its rugged construction and resilient design, and it comes complete with SuperSpeed USB capability for that extra burst of performance. This is a premium option for sure, but if you can stretch to it, your PS5 deserves only the finest.

When construction and build quality are your primary concerns, you’re going to be sacrificing something, and the best tough drives can’t even hope to match the nimble speeds of the PS5’s internal SSD. Be that as it may, the ArmorATD is an incredibly hard-wearing drive that will withstand most things that could happen to it on a daily basis. It’s IP54 resistant, so while you can’t toss it into a pool and expect it to survive, it should handle accidental spills, rainfall, or being dropped without sustaining any damage. The ArmorATD is not fast, but it is strong.

There’s no getting around it, unfortunately: if you want an SSD, you’re going to have to pay something of a premium. The fact is that SSDs are simply more expensive to make than traditional spinning drives, so if you’re on an extremely tight budget, you’ll have to compromise on speed. However, the Crucial CT1000 SSD is about as cheap as they come, and you’re not making any concessions in quality terms if you pick it up either. It’s got solid (no pun intended) read and write speeds, a USB-C to USB-C connection for extra oomph, and plenty of functionality with other devices too.

If you want an SSD with a 4TB capacity, you’re going to be paying amounts that are more than most reasonable gamers would consider coughing up. Luckily, if it’s just raw storage space you’re after, Seagate’s STGD4000 drive will more than suffice. While its speeds make it completely unsuitable for long-term PS5 usage, you will be able to store games that aren’t currently in use on the drive. You aren’t likely to fill this monster up even with the most demanding games library, so if it’s all about preservation and storage rather than convenience, this is your drive.

These are the best storage drives available right now for the PS5. As the market opens up and more companies find ways to create storage solutions tailored for Sony’s console, the range and choice will improve, but until then, we think you’ve got plenty of options to keep your library safe, secure, and away from your console until it’s needed. What’s your favourite PS5 SSD? Let us know!

Hood: Outlaws And Legends Feature – Giving To The Poor
Next Article