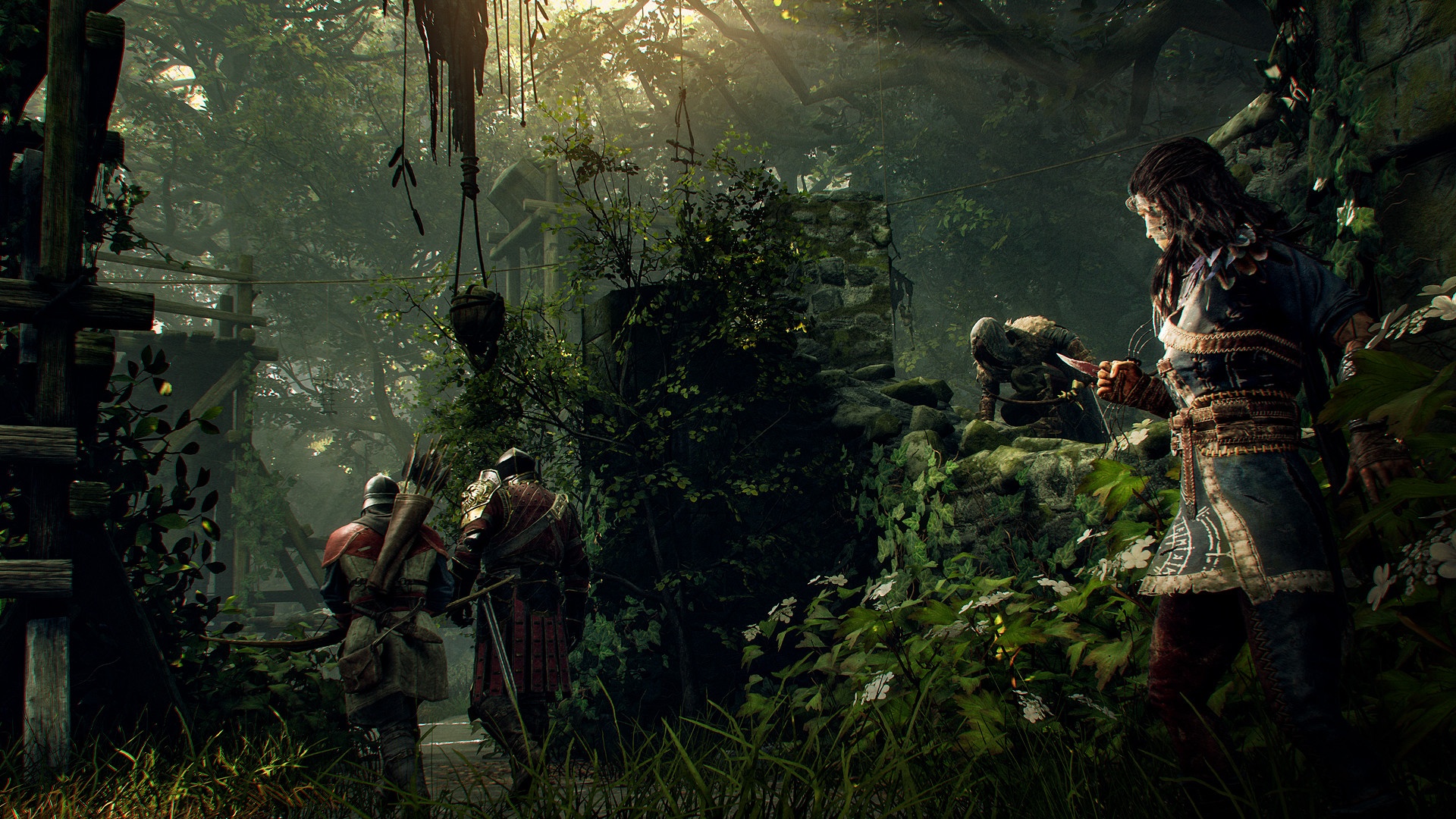 For many years, it’s been obvious that the Robin Hood legends are ripe territory for a video game. Frankly, given the popularity of the Assassin’s Creed series, it’s a wonder no developer has attempted something similar using Sherwood Forest as a setting, but for some reason, the property has remained untouched by major developers – until now, that is. Enter Hood: Outlaws and Legends, created by Team Sonic Racing and Snake Pass developer Sumo Digital.

Unfortunately for some, Hood: Outlaws and Legends is not the single-player parkour-laden Robin Hood fantasy we’ve been waiting for. What we have here is a multiplayer PvPvE affair akin to Hunt: Showdown or battle royale game Scavengers. Two teams of thieves compete to rob treasure from the Sheriff of Nottingham’s vault, all while competing with his guards and trying to beat the other team to the prize. It’s a solid setup, but will Hood: Outlaws and Legends scratch the Robin Hood itch?

At its core, Outlaws and Legends is a heist simulator. The core gameplay mode involves trying to outwit the Sheriff, his guards, and your rival team in order to steal treasure from a vault. Maps aren’t randomly generated, but the location of the vault is, so every playthrough demands a different approach (in theory, anyway). You’ve got four characters to choose from: sniper Robin, huntress Marian, big man Little John, and healer Tooke.

The first thing to say is that Hood: Outlaws and Legends needs some work before it’s truly ready to compete with the big guns. Animations, combat, and stealth feel very clunky. There’s a lack of polish that belies Hood’s status as a sort of double-A game; if you’ve played RPGs like Greedfall or Gothic, you’ll know that “slightly off” feeling that characterises games of this level. This isn’t so much an issue in a single-player RPG, but in a PvPvE game where control is everything, it does become an annoyance.

Thankfully, the maps and general gameplay loop compensate for this to some degree. There’s a lot of fun to be had sneaking through maps, trying to predict AI archers and knights, watching for the Sheriff, and making sure you’re protected from other players. Levels feature traversal elements that make them a little more interesting to move through, like ropes you can climb and checkpoints to make progress feel a bit more permanent. 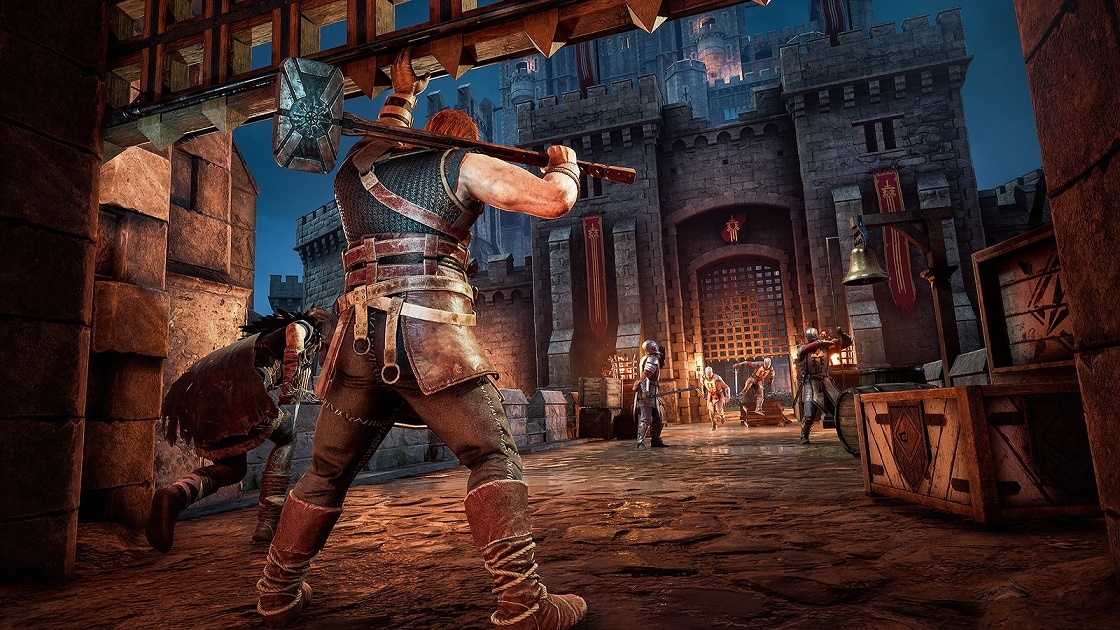 Hood: Outlaws and Legends is at its best when you’re sneaking through a ruined castle, ever mindful that the Sheriff could be around the corner and watching your six (immersion-shattering military jargon notwithstanding) for enemy players. During those moments, one could almost believe that Sumo Digital’s game could stand up as a genuine multiplayer phenomenon, a solid alternative to Rainbow Six Siege or the aforementioned Hunt: Showdown.

Unfortunately, there’s just too much jank for that dream to become a reality at the moment. For a start, matchmaking just isn’t up to scratch. There’s every chance this aspect will improve as the game nears its official launch, but we struggled to find games while we played, which isn’t great considering that being able to play the game early was a major advertised part of its pre-order bonus. While we did eventually get into games, they were too few and far between for consistent fun.

In addition, there’s too much polish work needed on the game itself for it to be called consistently enjoyable at this stage. Animations are awkward enough to be exploitable, so it’s possible for enemy players to lock you into animation kills that you’ll swear you weren’t in position for. Balancing feels off, too; Little John is absurdly overpowered at the moment, with the other characters relegated to if-we-must options that don’t feel like they’re aiding gameplay.

Visually, Hood: Outlaws and Legends is pretty enough. It suffers from animations and character models feeling stiff and unnatural, which leads to some unintentionally hilarious uncanny valley moments. If all you want is to look at some nice medieval landscapes and play a fun little diverting stealth game, though, the aesthetics on display here will suffice. It’s just a shame there couldn’t be a little more love given to the environments and the character models. 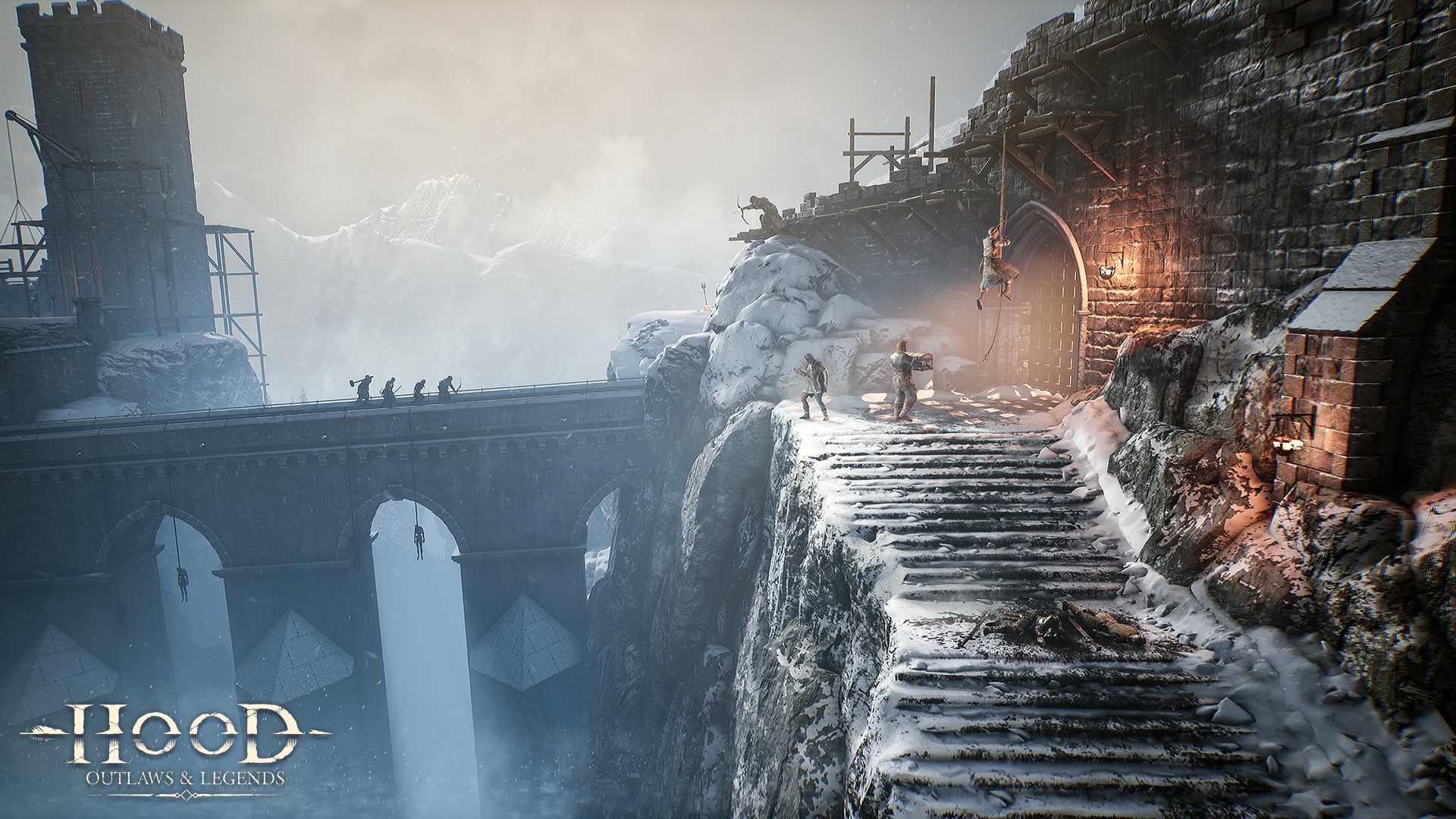 If you can overlook Hood: Outlaws and Legends’ problems and you enjoy the gameplay, there is fun to be had here. It’s a unique take on the Robin Hood legend that incorporates the PvPvE multiplayer developers and publishers are so fond of, and Sumo has pledged to keep the game alive with content updates and patches, so there’s every chance problems we’ve identified here won’t be problems for much longer. Still, we just can’t shake the feeling there’s something not quite right here.

Given Hood’s pledge to be a live service game, the core gameplay just isn’t entertaining enough to sustain the game for a long period of time. We just can’t see anyone making the switch from their regularly scheduled live service game – be that Destiny 2, Rainbow Six Siege, MMOs, or any of the hundreds of other options – to make this their go-to game. For a live service title to survive in 2021, it really has to offer something unique, and while Hood: Outlaws and Legends tries its hardest, it’s too awkward, repetitive, and stilted to serve as a viable alternative to the many superior options out there.