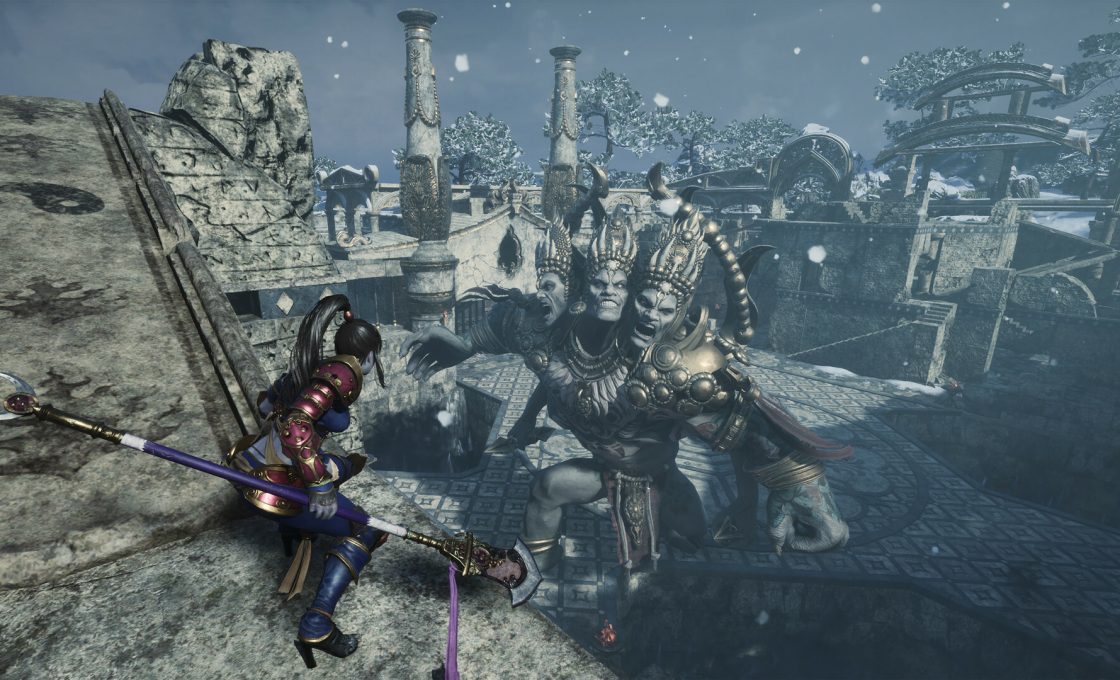 Sony’s July State of Play had its focus mainly on the upcoming FPS title Deathloop. Besides this hotly anticipated game, the Playstation brand had a lot more to showcase for its PS5 userbase. Needless to say, there’s a lot to look forward to this year and beyond.

Below are all of the games announced during the event that are launching for PS5.

This Norse-inspired action RPG goes beyond simple mindless hack-and-slash. Outside of the usual monster-slaying, in Tribes of Midgard you’ll be gathering resources to reinforce your village in preparation for when the Helthings come at night. You can stop Ragnarok solo or by teaming up with up to 9 other players. The game’s trailer includes a roadmap of seasons with tons of stuff to look forward to after the game launches for PS5 on July 27th.

Gather your friends and arm yourself to defend one of the last remaining arcades from an evil games mega-corporation. Arcadegeddon is a co-op multiplayer shooter with both PvE and PvP that aims to create the ultimate online experience. Dive in solo or with up to three friends and explore different biomes, search for treasure, enjoy some fun mini-games, and, of course, fight hordes of baddies and bosses. The game is out now as an Early Access title for PS5.

Swords and guns are so overdone these days. Punching enemies in the face with a giant mechanical fist is where the real fun lies, and that’s exactly what you’ll be doing in F.I.S.T.. This game is an action platformer where combat is the main focus. With your mechanical fist, you’ll be performing big damaging combos to take down enemies and using gadgets to zip around levels like a badass. F.I.S.T. is slated for a September 7th release on PS5.

A brand-new take on the battle royale formula, Hunter’s Arena combines the mayhem of the open battlefield with the rock-papers-scissors gameplay of fighting games. Besides fighting other players, you’ll be taking on ancient demons to gather unique items and gear up for the real fight. This 30-player free-for-all multiplayer brawler will launch on PS5 as an August PS Plus free game.

Master the art of kung fu as in this action-adventure where every defeat brings you closer to the end of your days. Fight through the streets and establishments of the underground of an Asian-inspired city. Use your kung fu to take down foes and show them who the true master is but be warned. Every time you lose, you grow older up to the point where you’ll have to start over. The path to mastery is all about practice, failure, and trying again. Sifu’s PS5 release has been delayed to sometime in 2022.

Exploration and gaming always make for a captivating combination. Jett is a unique take on the classic new world expedition gameplay. As part of a team of scientists, you board a ship tasked with exploring a new planet to call home. There’s no combat in Jett. Instead, you’ll use the instruments of your ship to observe the landscape, learn about the planet’s flora and fauna, and conduct experiments. In this mysterious new world, the creatures that inhabit it will see you as a foreign entity and will occasionally attack you so be wary. Jett will also make full use of the DualSense’s unique features. It will launch on PS5 sometime later this year.

Detective Yagami returns to solve another major crime, one that he’ll have to stake his life on. The unexpectedly popular Yakuza spin-off is getting a sequel that promises to take everything great about Judgement and dial it up to 11. In Lost Judgement, Yagami has learned some new moves with a third completely unique fighting style. Naturally, the fun and goofy mini-games will return with the addition of the Dance Studio and Motorcycle races. Pre-order the Digital Deluxe or Digital Ultimate editions to get three days early access from September 21 on PS5.

Kojima and his team are having us revisit the weird and mysterious world of Death Stranding in the game’s upcoming definitive edition. The Director’s Cut of this highly divisive game will expand the Social Strand System, connecting players together like never before. It will also introduce new ways to make deliveries, fight enemies, and explore new areas. If you own the PS4 version of Death Stranding, you can upgrade to the PS5 Director’s Cut for only $10 when it launches on September 24.