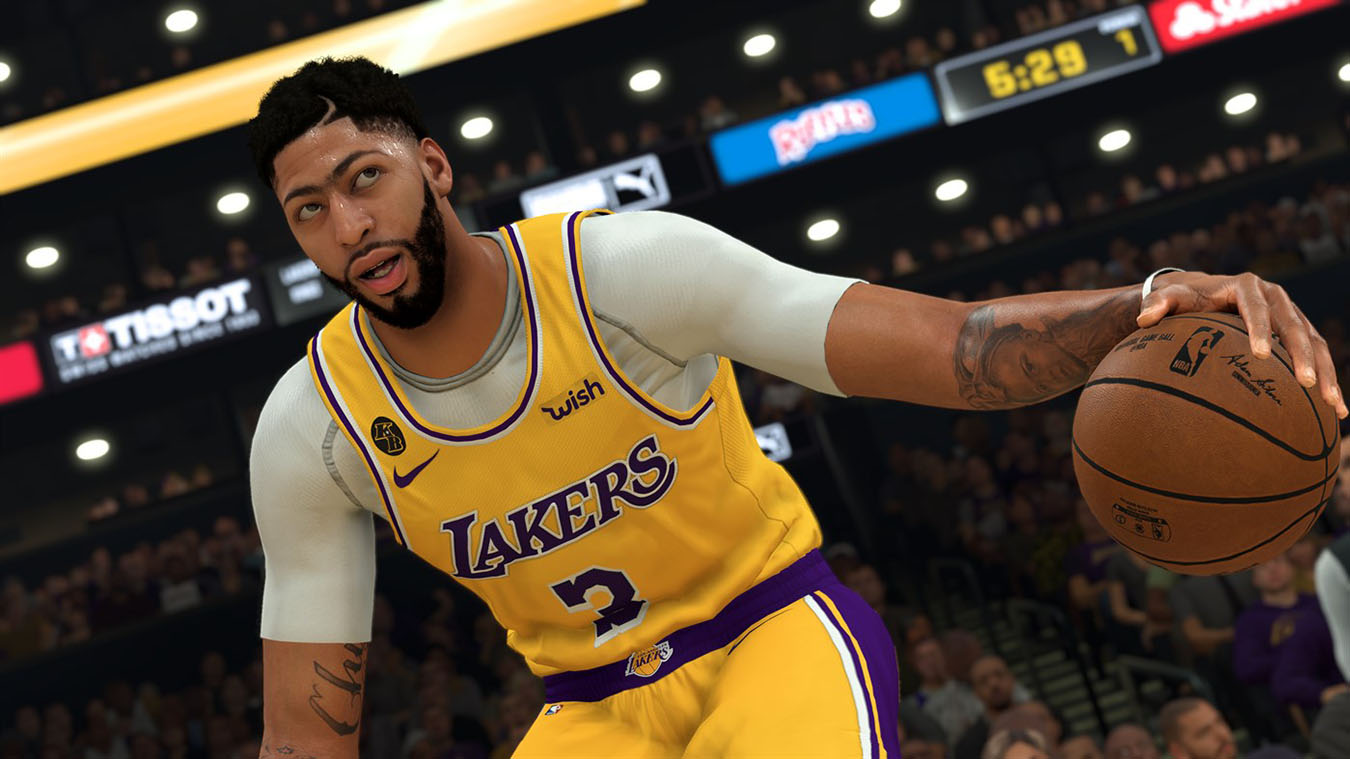 Sports games are a staple on video game consoles. And there are hundreds to choose from as many release new variations each year. There is EA Sports’ FIFA series if you’re into football, Codemasters Formula 1 series for the motorsports fans, and 2K’s NBA series. Of the three mentioned, 2K is one of the newer companies for releasing sports games, having taken over the WWE games, PGA Tour golf series and also, as mentioned, the NBA video games.

But 2K have come under fire in recent years, for having poor development teams that release buggy games. And all games have bugs, but their WWE 2K series was so bad that they decided not to release a new WWE 2K game for 2021. Instead, using that time to try and consider fan feedback, to use it to work on releasing a well-polished version of the game in 2022. Hoping that doing so, they can do the game series justice and give fans what they have been asking for.

Another title that came in for some criticism was NBA 2K21, although not all press outlets gave it a bad review. One of the main complaints was the fact that it was pumped full of advertisements. But as FULLSYNC’s MaddOx pointed out, it actually makes it incredibly realistic “because that’s the state of affairs in the US when you watch any major sporting event”.

And he’s not wrong. If you watch any US sports event you get advertisements popping up mid game, the commentators are constantly telling you this is sponsored by one brand, and here are the live stats brought to you by another brand. And fans understand that advertisements are all a part of the real-life game, as they help bring in revenue that allow sports teams to recruit the top players, as well as invest in coaching and training equipment.

But when 2K said they were releasing the most realistic NBA game ever made, I don’t think fans quite expected what they got. They were hoping for it to just look realistic. And on the PS5, it does. The graphics are absolutely mind blowing. If you get that game up on your 4K TV with HDR activated, you almost wouldn’t tell it wasn’t a live-action game you were watching. You could even be mistaken if watching a stream for checking the latest NBA odds to place bets on teams in play, only to find out those teams aren’t actually playing.

The detail that has gone into it is almost beyond what has been seen from any sports series. From the sweat dripping from a player’s brow, to the shadows of players on the court as they run up and down beneath the big lights. So much effort has been put into this, and it is a credit to the team behind it. But it wasn’t just enhanced graphics that came along with the upgraded version of the game on the PS5, it also made use of some of its new features.

For example, the PS5’s DualSense controllers have so much new hardware to work with. And one change to the game is how the haptic feedback of the triggers become stuffer the more tired you are, to simulate that resistance introduced by fatigue. Another introduction is also how when you challenge for a ball, you’ll feel vibrations intensify if a player is stronger than you, and likewise, be felt less powerfully if your stats outperform your opponents.

Other changes also appear, such as an expanded city in the My Career mode. There are so many places to explore, the map is huge. But at the same time, it also feels very empty with little to do. We weren’t expecting to be able to drive around in sports cars and go and rob a bank as if this was GTA V, but it feels soulless and a waste of time exploring after a while, like it was almost a wasted opportunity even making the city a bigger place.

The controls of the game also feel a lot better. Players feel more responsive, the mechanics all feel more natural and make the controls much easier to get the grasp of. Everything from footwork to making a shot all seems to have been fine-tuned to improve the experience from the previous generation’s version of NBA 2K21. They’ve even managed to remove many of the bugs that would occur in games.

It wasn’t all change though, there were some things that the game kept from the PS4 version. But sadly, one of those things were micro-transactions, and their impact on the game making it pay-to-win. Now you can unlock stuff without paying, but without injecting your hard-earned money into a game you’ve already splashed out a lot of cash on, it can really hinder your progress. In fact it will take hours and hours to even get near to collecting all the best players compared to someone who decides to pay.

And those frustrations come out even more when you learn that you can’t transfer your progress of your own custom player in My Career mode from PS4 to PS5. So if you make the upgrade, all those hours you put in pretty much count for nothing because you have to start again from scratch. Which whilst fun, starting a new career and working your way to the top from High School basketball to playing in the NBA, is a bit of a pain.

Overall, NBA 2K21 is a much better experience on the PS5 and 2K have fixed many issues from the PS4 version and created some new features which makes the game more engaging. They’ve polished up many of the issues that existed, and you can tell a lot of work has gone into it. The only real issue is one of the biggest gripes from fans, not just of the NBA series but many games, is that micro-transactions still play such a big part in the game.

But if they’re making a lot of money from them, 2K will never remove them. Although maybe a rebalance of certain things could work to make the game fairer, and reward players who put the effort in. Either way, the game is much better on the new generation console. Not quite a slam dunk, but the NBA 2K series is definitely on the right path.

The Best PS5 Games Of 2021 – Ratchet and Clank: Rift Apart
Next Article