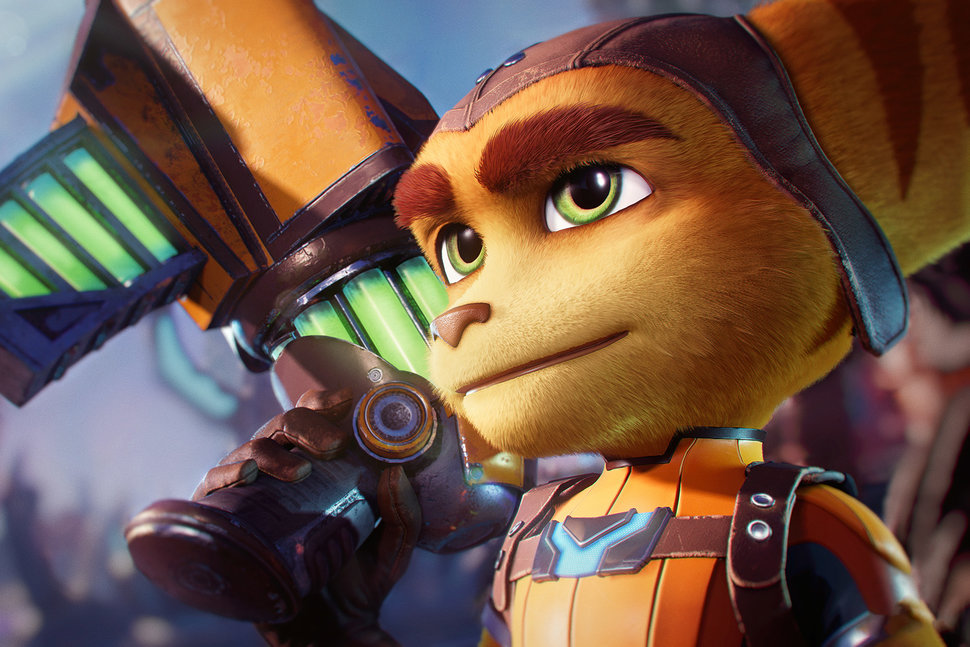 It’s almost time to say goodbye to 2021 (well, in a couple of months, anyway), so we thought it would be a good opportunity to look back at some of the year’s best releases and give them their due all over again. We’re kicking off with Ratchet and Clank: Rift Apart, which brought a beloved series into the world of next-gen with astonishing results.

Ratchet and Clank: Rift Apart is the first truly impressive showcase for what the PlayStation 5 can do. While Demon’s Souls gave us plenty of lovely scenery to look at and games like Watch Dogs Legion and Yakuza: Like a Dragon showed us how the console could power up last-gen titles, Rift Apart was the first PS5 game that felt next-gen from top to bottom.

What you’re getting here is classic Ratchet and Clank gameplay, spruced up for the modern era. The graphics are breathtaking, but it’s in the buzz and bounce of the weaponry that the anarchic spirit of Ratchet and Clank truly lives. Firing the Buzz Blades at a seething mass of insectoid aliens before switching to the topiary gun to stop some goons in their tracks simply never gets old.

It helps that Rift Apart offers up nine planets, none of which feel similar to the others. There’s a planet where you’re constantly switching between ruined and intact versions of the same landscapes; a pirate-themed planet complete with a dilapidated theme park; and a planet that flirts with open-world gameplay, among others. You’ll find something to love in Rift Apart no matter where your gaming persuasions lie.

Fans of the series will appreciate what a warm, nostalgic hug Rift Apart can often feel like. It has all the hallmarks of a classic series entry: the arena, the obsessive collection sprees after completing a level, and the ludicrously over-the-top weaponry are all here in spades. Rift Apart may look like a Pixar blockbuster now, but it’s lost none of its gloriously addictive gameplay in the process.

If there’s one area where Insomniac’s near-masterpiece falls apart just a little, it’s in the writing. Your mileage may vary on this one; you might prefer Rift Apart’s gentler, softer-edged approach to comedy, but we were clamouring for the crass, infantile beginnings of the franchise by the end. Everyone in this game is just far too nice to one another, and none of the jokes quite have the spark or zing of earlier instalments.

Still, that’s a small price to pay for what you get in Rift Apart, which is, to put it simply, a damn fine Ratchet and Clank game. From the opening parade sequence right through to the conclusion, Rift Apart is never boring and always engaging. Discovering secrets brings its own rewards, too, including some fun cameos from other franchises that we won’t spoil. We’re hoping that Rift Apart’s success leads to more games for Ratchet and Clank in the future. Long live the Lombax and his little robot friend!

The Best Gaming Monitors For PS5
Next Article

How does NBA 2K21 compare when played on PS5?
Leave a comment
Subscribe
Connect with
Connect with
0 Comments
Inline Feedbacks
View all comments