The Best Gaming Monitors For PS5 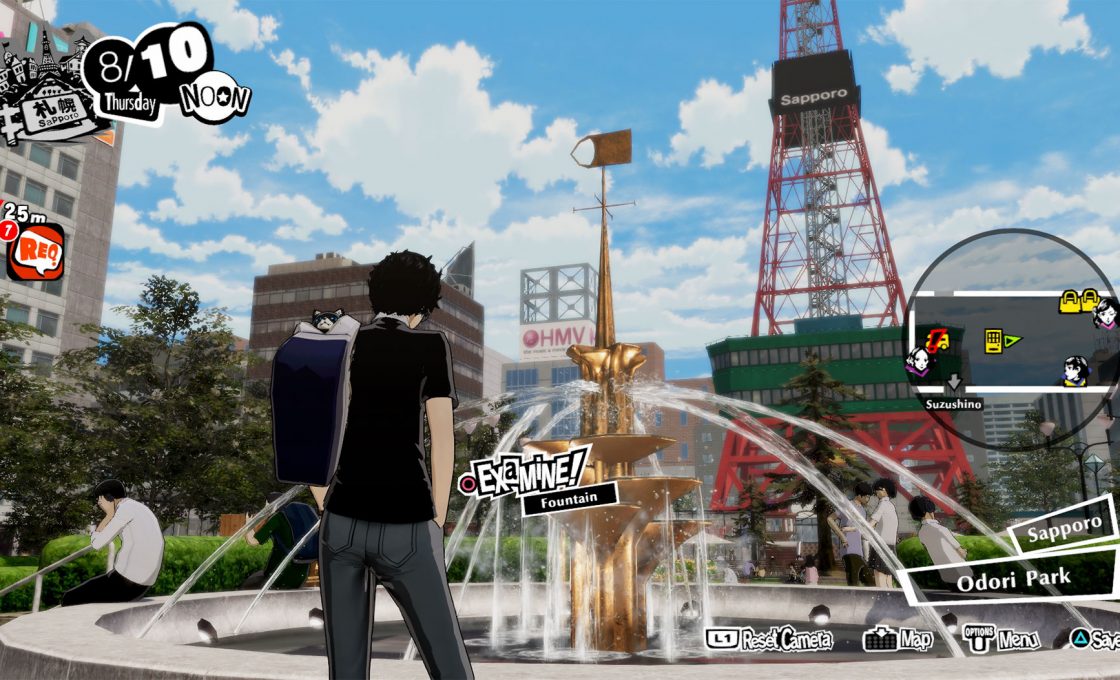 Did you know that the very first ever video game RPG was an Atari title called (yes, really) Dragonstomper? Having not played it, we can’t tell you whether or not it does, in fact, allow you to stomp dragons, but there’s no denying that’s a pretty awesome title. We’ve come a long way since the days of Dragonstomper, both in terms of game complexity and hardware capabilities. Luckily, however, today’s PS5 is still flush with great RPGs, so without further ado, let’s take a look at some of the best PS5 RPG games you can play right now.

We’re cheating right out of the gate by leading with a PS4 game, but we would be remiss if we didn’t mention Persona 5. Atlus’ crowning achievement focuses on the efforts of the Phantom Thieves, an effortlessly charismatic group of teenagers bent on overthrowing the adults who run their lives and screw things up. Persona 5 is visually stylish, emotionally compelling, and narratively satisfying, and although it’s extremely long, it’s arguably the best role playing game PS5 has to offer.

Originally released in 2020 on PS4, Final Fantasy VII Remake has received a new coat of paint on PS5 in the form of Intergrade. The visuals and performance have been overhauled, and there’s also a brand new episode revolving around everyone’s favourite materia thief Yuffie Kisaragi. Otherwise, it’s the same mind-blowingly brilliant remake of one of the best PS1 RPGs, one that doesn’t fall prey to nostalgia but knows exactly when to utilise it for maximum effect.

Who knew we’d be including a Yakuza game in a list of the best PS5 RPG games? Still, here we are, and Yakuza: Like a Dragon’s turn-based overhaul makes it a worthy addition to the role-playing game PS5 game library. Ichiban Kasuga takes over protagonist duties from old hand Kazuma Kiryu with aplomb; he’s goofy, optimistic, great fun, and most of all incredibly loyal to his friends. We’ve loved all of the Yakuza games, but Like a Dragon was the only one to genuinely reduce us to tears.

Disco Elysium is pretty much a perfect representation of the tabletop experience in video game form. While it can’t come close to that medium’s dizzying freedom in storytelling terms, Disco Elysium allows you to do so much and take so many approaches that you won’t notice the lack of overt combat mechanics. Its story, which is a fairly classic murder mystery, takes a backseat to the intricacies of its world, its many characters, and the deeply messed-up psyche of the protagonist.

Undertale is a PS4 game, but you can play it on PS5 via backwards compatibility. It’s also one of the most emotionally affecting, powerful gaming experiences around. Don’t let its fairly basic looks fool you; Undertale is a masterclass in understated design, maximalist storytelling, and utterly incredible music composition. It’s not quite a one-man effort – mastermind Toby Fox had help in some areas – but it is a testament to what creative vision and drive can achieve.

Dragon Quest XI knows exactly what it is: it’s one of the most conventional PS5 RPG games out there. It helps that it’s also one of the best. You’re not going to get relentless innovation with Dragon Quest XI; it’s a series tailored to an existing fanbase, and if you’ve played games in this series before and not enjoyed them, this one won’t win you over. It’s a turn-based RPG with towns, an overworld, dungeons, and lots and lots of grinding. If you don’t love that, you know to look elsewhere, but if you do, Dragon Quest XI is the definitive RPG for you.

Ni no Kuni: Wrath of the White Witch Remastered

Ni no Kuni is about as close to being able to play a Studio Ghibli-designed JRPG as you’re going to get. Development duties on this one were handled by Level-5, but the cutscenes and aesthetic were designed by Ghibli, and it shows. Oliver and company’s journey through the titular “another world” is gorgeous and affecting, and the gameplay mechanics offer some classic RPG fun to get stuck into, with a side order of Pokemon-style critter collecting to keep you busy.

Supergiant Games is one of the most exciting developers in the indie space. Their recent breakout hit Hades combines roguelite gameplay with their trademark excellent storytelling, but before Hades, there was Pyre, a curious combination of basketball sim and BioWare-style party RPG. The cast of characters is diverse and interesting, and although the sports-based gameplay wears a little thin after a while, the story of Pyre is more than compelling enough to keep you around.

You can’t play Paper Mario on your PS5, but thankfully, Bug Fables is close enough (whisper it: we might even think it’s better than Paper Mario). The paper-based aesthetic, quirky writing, and grand scope of Paper Mario: The Thousand-Year Door are all here, but Bug Fables has a warmth and humanity that Paper Mario doesn’t quite reach. Combat, too, is nice and springy; each attack has an input corresponding to it, so boredom in battle is rare. Give this one a shot if you want to be pleasantly surprised.

Final Fantasy XIV is an MMORPG, but hey – the letters “RPG” are still present in that genre, so we’re counting it. Shadowbringers deserves to stand alongside the best stories in the single-player Final Fantasy games, so involving and well-written is its narrative. This is also a great MMO, though; you’ll find plenty of dungeons to loot, gear to collect, and different jobs to try out, and if you don’t want to do any fighting, you can just sit back and craft some jewellery instead!