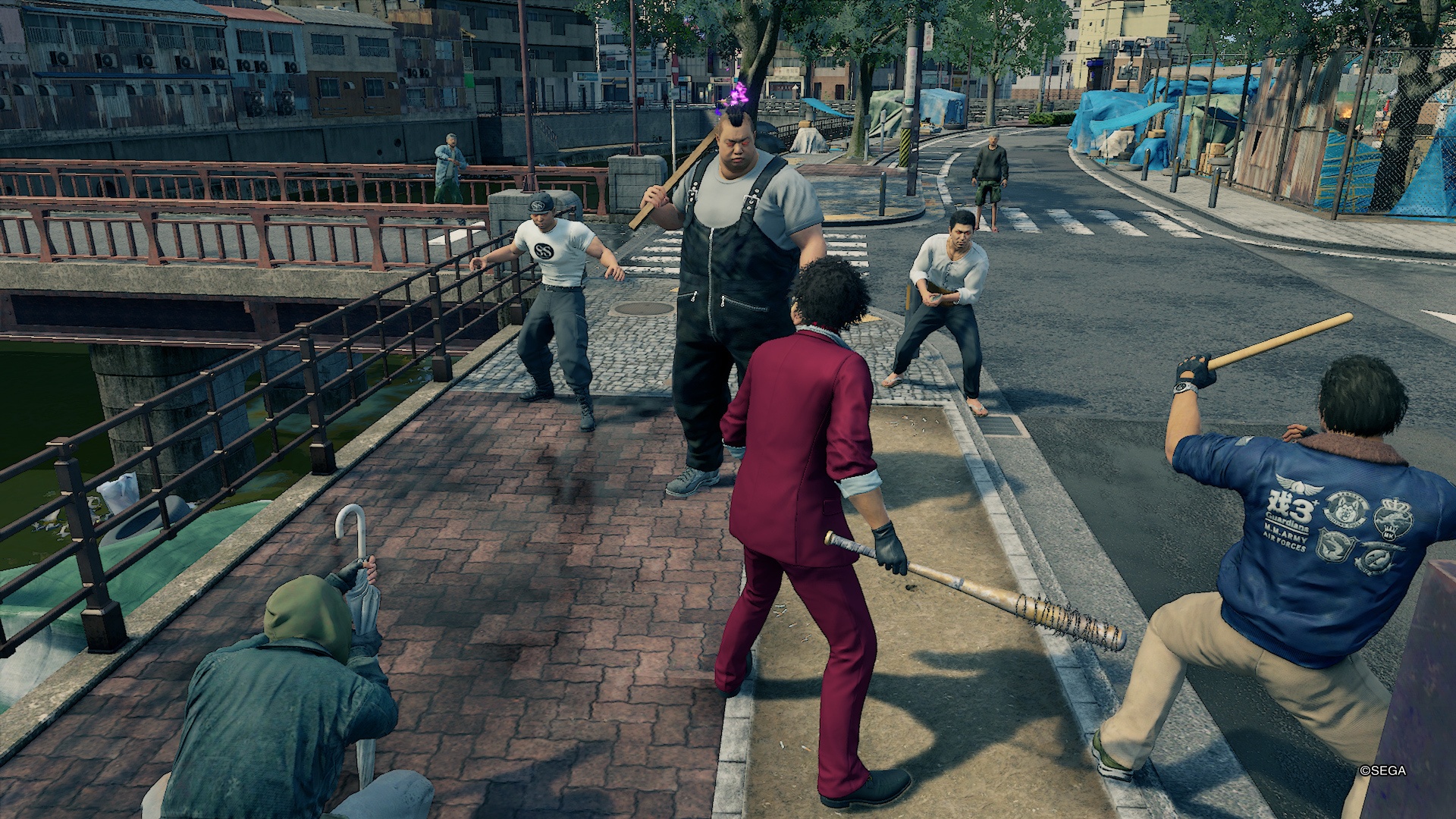 It’s fair to say that if you’re a JRPG fan in 2021, you’re pretty spoiled for choice. Both the PS5 and the Nintendo Switch are home to some of the greatest games the genre has seen, but the fact is that if you want to play great JRPGs, you need to pick up a PS5; Sony’s console is the best place to play some truly exceptional entries into this sometimes-misaligned genre. Here are the best PS5 JRPGs you can play in 2021. Note that some of these are playable via backwards compatibility with PS4 titles; the PS5 hasn’t had a chance to shine yet in terms of its own RPG library, although there are a couple of gems. Without further ado, let’s take a look!

After ditching long-time series protagonist Kazuma Kiryu, many worried that the next instalment of the long-running Yakuza series wouldn’t be any good without him. How wrong they were. New boy Ichiban Kasuga brings an insane amount of bubbly, optimistic energy to this new jaunt in Yokohama. The combat is turn-based now, but honestly, it always was; who can say they didn’t pause old Yakuza games mid-battle for some quick Staminan application? Like a Dragon is an effervescent joy of an RPG, and at its heart is a surprisingly affecting and involving narrative.

Final Fantasy VII Remake launched in 2020, but Intergrade is the definitive way to play Cloud and company’s adventure through the choked streets of Midgar. It comes complete with a new episode starring everyone’s favourite ninja thief Yuffie Kisaragi, but it’s also got improved graphics, a better frame rate, and much smoother performance. Final Fantasy VII Remake split opinion to some degree when it launched, but one thing’s for sure; it’s a strong, accomplished JRPG that isn’t afraid to take some risks with its beloved source material.

If you haven’t already played Persona 5, then we strongly recommend you start with Royal. It’s an expanded version of the already-huge Persona 5, coming complete with a brand new character and new content to explore. Elsewhere, it’s the same mixture of JRPG dungeon-crawling and social link-building, complete with an absolutely killer soundtrack and some of the most endearing characters you’ll encounter in a JRPG. The combat may be turn-based, but it’s got a kinetic, fizzing energy that makes every single shot feel like it connects.

Ni no Kuni: Wrath of the White Witch Remastered

It’s safe to skip the mediocre sequel, but the original Ni no Kuni: Wrath of the White Witch is a game that must be experienced. It’s a Level-5 JRPG filtered through the beautifully sentimental sensibilities of animation kingpins Studio Ghibli. While it may not reach the dizzying heights of that studio’s best, it’s a heartwarming, occasionally devastating tale of a young boy’s journey to the titular “another world” (for ‘tis what Ni no Kuni means in Japanese). The combat’s a little wonky and some of the sidequests are repetitive, but the world is so enchanting it hardly matters.

Insanely wordy title aside, Dragon Quest XI is about as conventional a JRPG as you’re going to find. It’s got all the tropes – young hero living in a pokey village, evil king, thief with a heart of gold – but if you love the genre, it’s easy to see Dragon Quest XI’s traditional nature as a strength. There aren’t any surprises here, but that makes DQXI a fantastic comfort game, perfect for playing with a warm drink by your side on a cold winter’s night. If you’re looking for excitement and innovation, don’t look here, but if you want something to remind you of the good old days, Dragon Quest XI is ideal.

Valkyria Chronicles simply shouldn’t work. In essence, it’s a combination of anime aesthetics and World War II-era storytelling. You are Welkin, an innocent civilian who must nevertheless take up the sword (well, gun) in order to defend your homeland of Gallia against an invading army. The parallels between each nation and their actual World War II counterparts are laid on a little thick, but Valkyria Chronicles boasts surprising tactical and emotional depth. If you can stomach the slightly twee aesthetic, there’s a robust strategy RPG to be had here.

Let’s get one thing out of the way before we proceed: it’s pronounced “ees”, as in East but without the T at the end. OK? Cheap cracks about the name aside, Ys is a franchise with a hardcore cult following in the West, and when playing Ys IX, it’s not hard to see why. This is a beautifully accomplished semi-open world JRPG with plenty to do, see, and battle. It’s got a darker tone than the other games in its series, but in many ways, it’s the perfect entry point for someone who’s new to the franchise and wants to get in on the ground floor.

Sniper Ghost Warrior Contracts 2 Review – From A Distance
Next Article