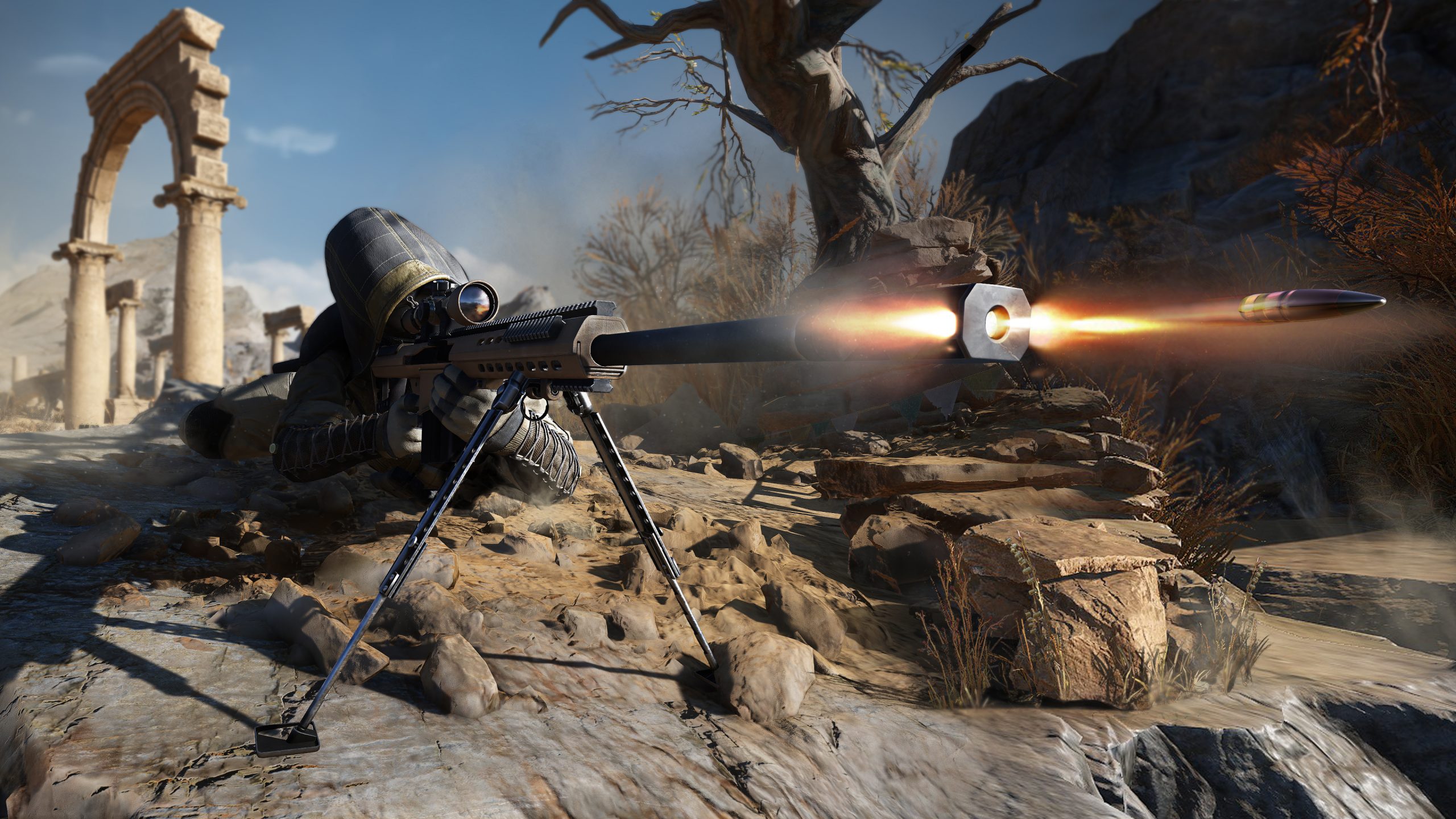 Snipers get romanticised a lot in popular media. They’re lone wolves, incredible markspeople, and socially awkward misanthropes who nevertheless bring a huge amount of skill and charisma to a team. The truth is that snipers are a necessary aspect of a battlefield, but they’re no more or less essential than the other personnel fighting a war at any given time. It’s essentially an evolution of the “lone gunman” archetype, but taken to its most logical extreme.

The first thing to note about Sniper Ghost Warrior Contracts 2 is that the story is complete nonsense. You are Raven (yes, that is really your name), a moody edgelord from the mid-2000s tasked with something something master of sniping blah blah blah. To be honest, it was very difficult to get into the story, because the writing in Contracts 2 is subpar to say the least. CI Games has no idea about nuance or depth, so every character just comes across as a cheap, wooden archetype.

The plot itself really is nothing to write home about either. It’s your standard “here is Middle Eastern country, destabilise” kind of story, and it offers no unique hooks or compelling moments for you to immerse yourself in. What you’ve got here is an incredibly cookie-cutter tale that does absolutely nothing to distinguish itself or try to stand out from the pack; it’s very clear that not only are we not here for the story, but CI Games isn’t either.

Luckily, there’s plenty of gameplay to pick up the slack. At its core, Sniper Ghost Warrior Contracts 2 is a kind of mixture between the Sniper Elite games and Hitman (as you might expect, given that it lifts one of Hitman’s secondary titles). There are five levels in the game, each of which is a huge sandbox environment in which you’re offered the chance to take down a series of targets. The levels really are impressive in their scope; there’s lots to do and plenty to find here.

As you might expect, the sniping itself is the main draw for Sniper Ghost Warrior Contracts 2. You have to factor in lots of different aspects of your shot – distance, wind resistance, and drop-off are all crucial if you’re going to make the perfect kill. That means every time you take a shot and watch the bullet sail towards your target, it feels inordinately satisfying to watch the bullet penetrate their skull (until you realise how messed up it is that you’re taking joy in this, of course).

That’s one of Contracts 2’s biggest strengths and biggest problems; it’s incredibly juvenile. Despite its gruff-voiced protagonist and insistence on mimicking “real-world” political problems, this is a very silly game. It’s got that Sniper feature whereby you can watch the damage your bullet wreaks on an enemy’s skull or internal organs in slow motion, and although it feels psychotic to derive joy from it, there’s no denying that it’s pretty satisfying.

Unfortunately, that’s kind of all Sniper Ghost Warrior Contracts 2 has going for it. You can end up in a giant firefight that resembles a sort of Battlefield-style disorganised melee if you want, but it feels more like failure than “choosing your own build”. Once you end up indiscriminately firing from behind cover as waves of enemies bear down on your position, it’s far too tempting just to reload and try again to do it stealthily (or, as the game would likely call it, “properly”).

There are plenty of tools at your disposal in Contracts 2 if you want to sneak around to accomplish your mission. Naturally, you will have access to a sniper rifle, but there’s also a bow for truly silent takedowns, as well as a silenced pistol for up-close engagements. There’s a scouting drone, C4 explosives for vehicles, turrets, and plenty more gadgets to get to grips with. All of them combine to create a nicely varied toolset to experiment with, and it’s all in service of making the perfect shot, which works well.

Sniper Ghost Warrior Contracts 2 is not a very long game, which is probably for the best, because it feels like it exhausts all of the ideas it has over its relatively brief running time. Spending time with Raven (I still can’t believe that’s his name) makes the story pretty much a non-starter, and if the game was any longer, that aspect would start to grate. It feels like CI Games understood exactly what made their game fun and wanted to focus on that rather than the unnecessary window-dressing that the narrative provides.

If you’re going to pick up Contracts 2, the PS5 version is definitely the one to go for. The DualSense works its usual wonders, making weapons feel realistic to hold and fire, while the SSD makes loading times a thing of the past. As usual with PS5 enhanced games, there’s a performance mode which raises the FPS at the cost of visual fidelity, as well as a graphics mode that raises the resolution and drops the frame rate. Frankly, we can’t really tell the difference in performance mode, so we recommend you opt for that.

Sniper Ghost Warrior Contracts 2 is a very passable way to spend an evening or three. Its sniping gameplay is complex and compelling enough to engage for a while, but after a time, its repetitive nature – as well as the utterly execrable story and dialogue – may begin to grate. If you like to try levels again and again to complete extra challenges, there’s plenty to do in Contracts 2. Otherwise, it’s good for a playthrough, but don’t expect to stick around, especially if you don’t want Raven to open his darn mouth again.