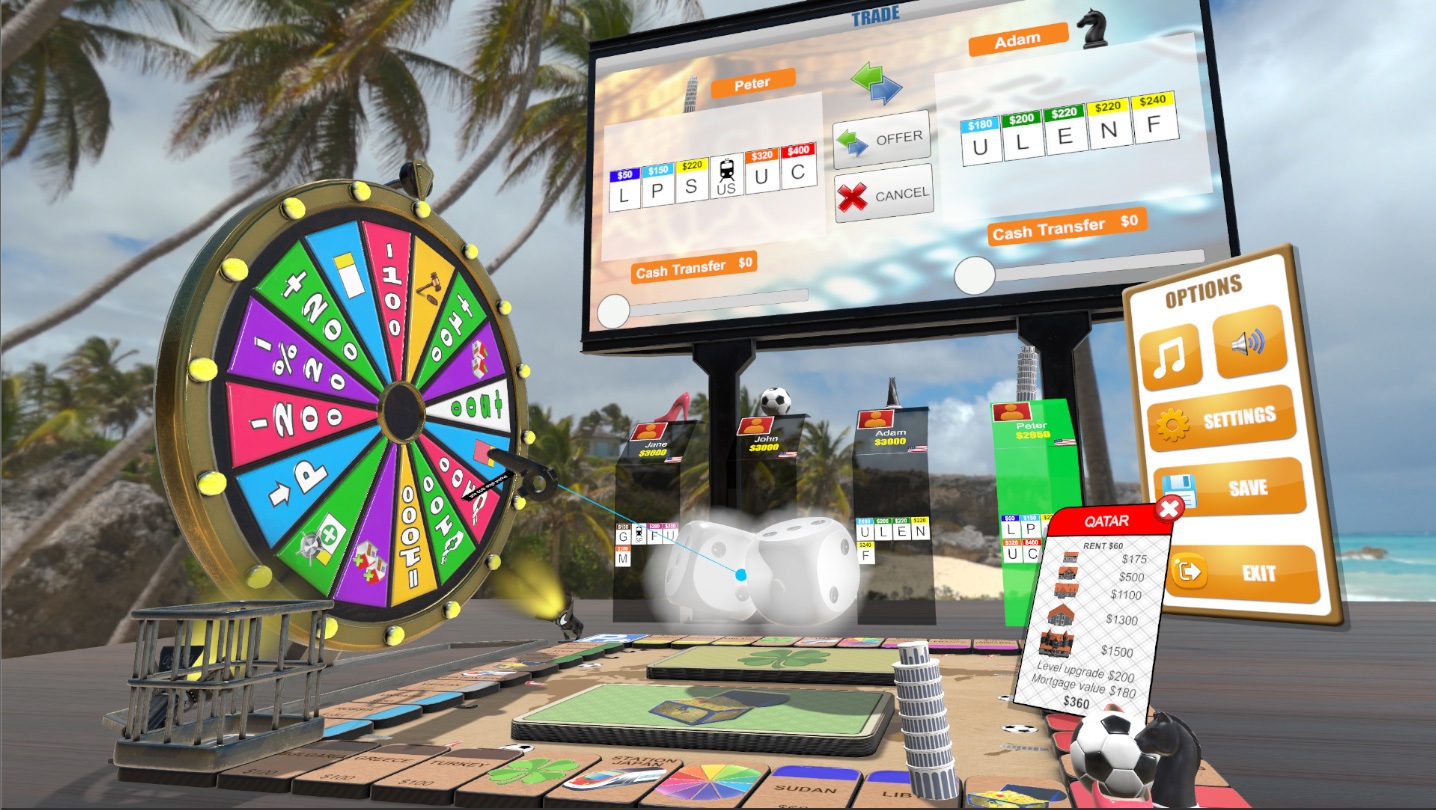 The PS5 is a great place to indulge in some tabletop gaming. That statement might seem somewhat counterintuitive; after all, video games and board games are pretty different media, right? Well, while they certainly have their differences, video game tabletop adaptations are commonplace, and there’s a good reason for that; scenes in board games can be animated and given life by video games, and there’s no risk of losing pieces or damaging the board, either.

Without further ado, let’s take a look at some of the best board games on the PS5. Bear in mind that most of these games are likely to be backwards-compatible PS4 titles; developers aren’t queueing up to release board game adaptations for current-gen consoles just yet!

If you’re looking to play some board games on PS5, then look no further than Hasbro Family Fun Pack, which packs four family favourites into a single game at a budget price. The package contains Monopoly, Boggle, Trivial Pursuit, and Risk, which should make for countless hours of entertainment (although you’d be forgiven for wanting to stay as far away from Monopoly as possible). All four games support four local players and also feature online support, so you can play with your friends whether you’re in the same room or in different countries.

Yes, it’s “that” Battleship, the one that received the terrible Hollywood movie adaptation some years ago. The game, thankfully, is much better than that film, and doesn’t feature any wooden acting or overblown heroics, instead choosing to focus on the solid core mechanics of the original tabletop experience. This Battleship is pretty smart, too; it’s got smartphone support, so you can make your move on your phone and then watch it play out on your TV. Otherwise, it’s the same Battleship you know and love, complete with online play if you want to test your mettle against players around the world.

Okay, so technically, the Jackbox games aren’t actually board games. However, they take the spirit of tabletop gatherings and transpose it to video games successfully. There are plenty of games for everyone in the Jackbox Party Pack series, and they’re pretty much endlessly replayable, so they’re always fun when you’ve got visitors. The ninth game is due to arrive this year, so if you do have friends round and you’re looking for something entertaining, there’s pretty much no excuse for not downloading the Jackbox games on your PS5 and having some fun.

To put it simply, Chess Ultra is the ultimate chess sim. It’s absolutely gorgeous, with beautiful 4K visuals that will put your PS5 to good use. If you’re looking for absolute immersion, there’s even a VR mode that’s compatible with Sony’s excellent PlayStation VR headset. Chess Ultra also boasts an online ranked multiplayer system that will let you prove your chess prowess against all and sundry, and it’s got several AI levels to allow you to fine-tune the difficulty setting. All in all, there’s really no reason not to pick up Chess Ultra if you’re looking for the best PS5 board games.

Armello is a rather unusual offering in that it’s a digital tabletop game with no physical counterpart. Usually, tabletop games on PS5 are adaptations of physical games, but Armello was developed from the ground up as a video game, and it shows. Mixing the gameplay styles of card battling, RPGs, and tabletop strategy, Armello has you choose a hero and make your way through an exciting campaign full of swashbuckling adventure. Your goal is to become the monarch of Armello, but the spreading Rot is determined that your quest should not succeed. Prove it wrong!

The original Fury of Dracula was released all the way back in 1987 and supported up to four players, with that number increasing to five as of the second edition. One player is Dracula, who must carry out his diabolical scheme to create an army of vampires. The other players are hunters who must stop Dracula. Hunters move around the board, uncovering clues to try and figure out what Dracula is up to. The PS4/PS5 version of the game works surprisingly well, so if you haven’t checked this one out yet, your console might be the best place to play it.

We’re cheating a little here, since XCOM 2 isn’t actually a board game and isn’t based on one, but we’re including it anyway. XCOM 2 is the followup to 2012’s wildly successful XCOM: Enemy Unknown, and features hybrid base-building and turn-based combat elements. The game has a lot in common with tabletop gaming; it’s all based on strategy, forward planning, and solid base management, which are all mechanics that show up in board games as well. XCOM did, in fact, become a board game in 2017, so make sure to check out XCOM 2 if you’re a fan of tabletop strategy.

If you’re one of those chaotic evil types who loves Monopoly, then you may want to give the PS4 version of Rento Fortune a try. It’s a dice-based game in which the goal is to outright bankrupt your opponents. You’ll all take turns rolling the dice and attempting to take money from other players, all while growing your property empire, trading, and engaging in other tycoon-adjacent activities. You can play solo if you can’t find anyone else to indulge your evil fantasies, but if you do have a group of friends who want to try being property magnates, there’s a multiplayer option too, of course.

There are plenty of other PS5 board games, but these are our favourites. Which ones did we miss? What are your favourite PS5 tabletop experiences?

The Best PS5 Games Of 2021 – Resident Evil Village
Next Article