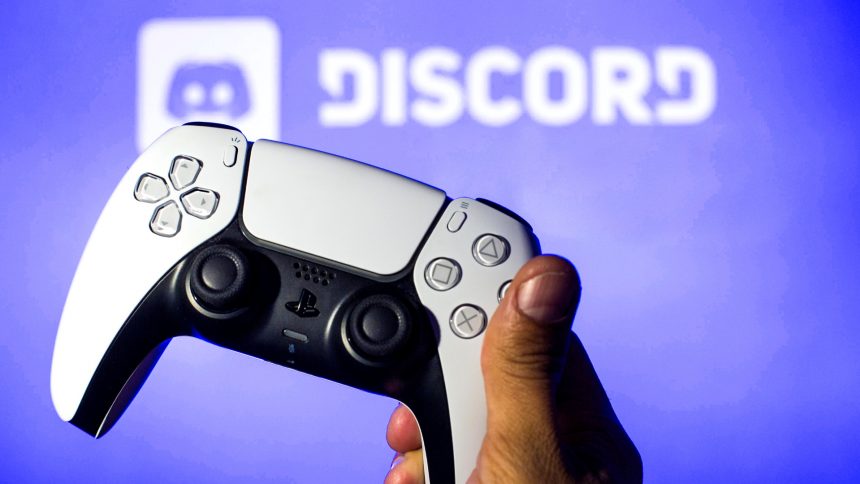 Discord was originally released back in 2015, and it’s fair to say that it revolutionised the gaming space. While apps like Teamspeak and Ventrilo had already been available to solve the problem of a lack of universal voice comms for gaming, Discord united the gaming community thanks to its ease of use, minimal performance impact, and widespread availability. Now, gamers mostly use Discord when they want to communicate while playing.

Contents
Is Discord on PS5?Will Discord be coming to PS5?When could Discord come to PS5?What other options are there for voice comms on PS5?

In September this year, Xbox made Discord available on its ecosystem, allowing Xbox players to chat with each other and use Discord’s other functions from the console instead of using a mobile app. That being the case, as a PS5 gamer, you may be wondering whether it’s possible to use Discord on PS5. Right now, the answer might not be what you want to hear, but there may be plans afoot to make things a little easier for PS5 gamers. Let’s take a look at whether Discord on PS5 is a reality right now.

Is Discord on PS5?

Sadly, at time of writing, you can’t download and use Discord on your PS5 console. The app simply isn’t available to download on the PlayStation ecosystem at the moment, so if you’re hoping to chat to your friends and you don’t want to use built-in PlayStation party chat, then you don’t have many options, unfortunately. Many PS5 gamers are clamouring for a PS5 version of Discord, but although official plans have actually been revealed, the app still isn’t available on PS5 at time of writing.

Will Discord be coming to PS5?

Thankfully, all may not be lost when it comes to using Discord on PS5. According to leaks from back in late October, the Discord team does in fact have plans to introduce a Discord version for PS5 soon, making the partnership that was announced back in May 2021 a reality. Twitter user advaith tweeted menus that look very much like official Discord menus, and there’s an option on these menus for “Join Voice on PlayStation”.

The menu also shows the option to “join voice chat on PS5” and “display the game you’re playing” (the latter already being an option on Discord), suggesting that you can connect your Discord account to your Sony account and integrate the two. It’s not just advaith, either; these supposedly leaked menus also appeared on Reddit in October, posted by Syhix, who doesn’t appear to be advaith by another name.

These leaks should give you a reason to be optimistic for Discord appearing on PS5, so if you’ve been hoping to use the chat app with your Sony buddies while you’re playing Fortnite or suiting up for a match of Warzone 2.0, then you might not have that much longer to wait.

When could Discord come to PS5?

Unfortunately, despite Discord supposedly arriving on PS5 at some point in the future, it’s difficult to pin down exactly when this might happen. As we’ve said, there’s been no official announcement regarding a release date for the app yet, and Sony and Discord are both remaining tight-lipped as to what we can expect from integration between the two ecosystems.

The original partnership announcement between Sony and Discord said that integration between the two platforms would come in early 2022, but as of yet, voice chat still isn’t available on PS5 via Discord. In January 2022, Discord added the ability to track what PlayStation game you’re playing via your profile, but voice chat integration wasn’t mentioned as part of the blog post announcing that feature.

However, what we do have is leaker Tom Henderson, who’s generally pretty reliable when it comes to industry insider information. According to Henderson, Sony has plans to add Discord to the PS5 in March 2023, so you might have to wait until then. It’s a way off, so you’re going to have to look to other solutions for voice chat and comms until then.

What other options are there for voice comms on PS5?

While you wait for Discord on PS5 to become a reality, there are, of course, other options available to you. Here are some of the other things you can do if you want to talk to your friends while you’re gaming on PS5.

Here’s hoping that the leaks turn out to be true and that Discord is headed to PS5 sometime in 2023. We have nothing against the default PS5 chat system, of course, but since we’re sworn Discord aficionados, we want to be able to use our favourite gaming chat system on PS5!

The Best PS5 Games For January 2023
Next Article

Looking back: Best-selling PlayStation 5 games of 2021
Leave a comment
Subscribe
Connect with
Connect with
0 Comments
Inline Feedbacks
View all comments