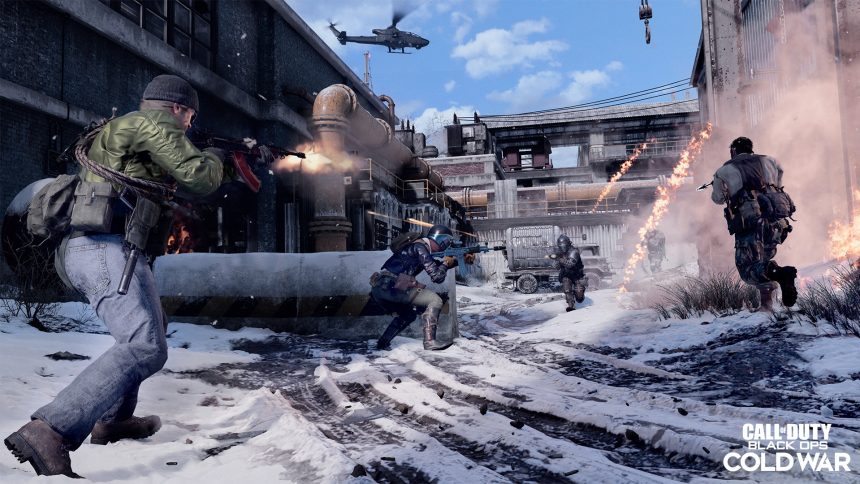 2022 is drawing to a close, and this year has seen some incredible games released for PlayStation 5. Gamers have been clamouring to get the most up-to-date Sony console since it’s release in 2020, but due to unprecedented demand, it continues to remain out of stock in many outlets.

Those lucky enough to have got their hands on the PS5 will have been able to play next-gen versions of some incredible games, such as FIFA 23, the final installment of EA Sports’ mega-money franchise. The recent World Cup DLC was a huge hit with gamers, and fans can still play through the 2022 FIFA World Cup. OddsChecker, which compares football odds and offers, had made Brazil the favourites for glory in Qatar. Can you rewrite history and lead the Selecao to glory?

Another game that has been massive in 2022 is Elden Ring. The action role-playing game has received critical acclaim from practically all game reviewers and, at this point, is a must-buy.

But while the statistics for 2022’s most popular releases aren’t yet available, we will take a look back at 2021. Here are the best-selling games from last year.

First up comes Marvel’s Spider-Man: Miles Morales. This action-adventure sequel to 2018’s Marvel’s Spider-Man sold over 2 million copies in December alone, bringing in over $120 million in revenue. New and classic characters, innovative visuals, and an expansive open world, gave players an unforgettable experience, and it doesn’t seem to be slowing down any time soon.

Next, we have Demon’s Souls. This remake of the 2009 classic hit over 2 million units sold, bringing in over $80 million. This beautiful remake of the original is one of the PS5’s crowning achievements, and it’s no wonder that it’s selling so well.

Sackboy: A Big Adventure is another fan favorite. Selling over 1.5 million copies and bringing in over $90 million, players of all ages have been captivated by this charming 3D platformer. Helping Sackboy explore his vibrant and colorful world has been an incredible experience.

Next, we have Call of Duty: Black Ops Cold War. This shooter is a fan favourite and has sold over 1.2 million copies so far, bringing in over $65 million. With its combination of 80s-themed nostalgia and next-gen visuals, it’s easy to see why players have been captivated by this immersive experience.

Call of Duty: Black Ops Cold War also broke the record for the highest number of pre-orders ever for a Call of Duty game, with millions of players logging in. The game is also the most streamed Call of Duty experience ever, with hundreds of thousands of viewers tuning in to watch the launch weekend events.

Last but not least, we have FIFA 22. The penultimate installment in the franchise sold an astonishing nine million copies and was a money spinner for EA Sports. FIFA 23 has continued in the same vain as the year 2022, and has already sold 8.5m copies since its release in October.

There can be no denying that the Canadian games manufacturer will sorely miss the cash brought in from their franchise. EA Sports and FIFA were unable to agree upon a new rights deal. It was rumoured that world football’s governing body was attempting to receive $1bn for a four-year contract renewal, which ultimately fell through. As such, the pair will go their seperate ways after almost 30 years of cooperation.

It is unclear which game provider will secure the FIFA naming rights, with 2k Sports currently the front runners. EA have confirmed that their franchise will continue under the umbrella of EA Sports FC, but it remains to be seen which out of the pair will be better off for parting ways.

Can You Use Discord On PS5?
Next Article