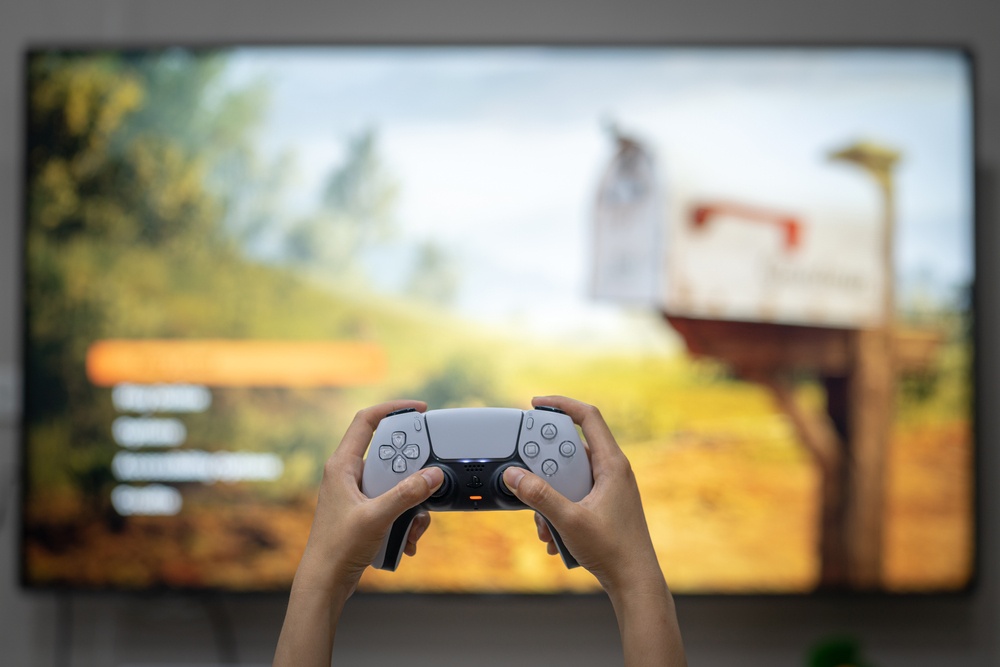 Much has been made of the PS5’s incredible graphical capabilities, and for good reason. It’s one of the first home consoles that’s capable of rendering games in 4K at 60fps, and if you haven’t experienced that, you’re missing out. Even games that dynamically adjust resolution in their performance modes, like Demon’s Souls or Ratchet and Clank: Rift Apart, look incredible on a 4K display, especially during busier action sequences when the motion is fluid and smooth.

Despite how well the PS5 renders scenes in 4K, many gamers simply haven’t gotten around to buying a 4K TV yet. Statistics suggest that just 30% of households have a 4K TV, and while this number may contain a disproportionate amount of gamers, it still shows that the majority of homes still don’t have 4K displays. With that in mind, you might be wondering whether it’s worth buying a PS5 if your TV doesn’t support 4K functionality. In short: can you play PS5 on 1080p?

Happily, the short answer to this question is yes, it is. The PS5 will work just fine on 1080p displays, as long as they have an HDMI port to connect the console to. The vast, vast majority of HD-ready TVs have this port; HDMI is the most widely accepted standard for HD video connection, so if your TV displays in 1080p resolution, there’s pretty much no chance you don’t have an HDMI port. You can rest assured you’ll be able to enjoy your PS5 on 1080p resolution if you’ve got a TV that only supports this protocol.

Don’t just take our word for it, though. Sony itself has confirmed that this is the case. In its Ultimate FAQ for PS5, Sony says that the PS5 will support TVs with 720p, 1080i, 1080p, and 2160p (4K) resolutions. This means that playing PS5 on 1080p will be entirely possible, and even if your TV displays at a lower resolution, you’ll still be able to enjoy your PS5. It might not be time to upgrade that TV just yet, especially if it’s a smaller size, as smaller displays benefit less from increased resolution.

If you’re wondering whether your 1440p monitor will suffice for the PS5, worry no longer: you should be fine. While the PS5 doesn’t natively support the 1440p resolution (although some games will dynamically render at this resolution, you can’t force the console to constantly display games in this way), you can still connect your console to your monitor, it’ll just display PS5 on 1080p resolution instead. The games you’re playing should still look amazing, even if the resolution isn’t as high as it could be.

Of course, just because your PS5 supports these displays, that doesn’t mean this is the optimal way to enjoy the console. If you ask us, the PS5 was meant to be played at 4K resolution, so you might be doing it something of a disservice if you’re playing it on any resolution lower than that. While PS5 on 1080p is perfectly serviceable, it’s not the way in which the console was intended to be enjoyed, so if possible, you should think about stretching to a 4K TV.

If you’re worried about cost, then this needn’t necessarily be a problem for you. Many 4K displays can be picked up for relatively little these days; if you’re willing to forgo features like HDR and more advanced option tweaking, then you can get a basic 4K display for a very reasonable amount of money indeed. Some 4K TVs retail for less than £400, which is impressive given the fidelity of the image and the fluidity of the motion onscreen. It’s worth looking into this if you want your PS5 to look as good as possible!

Naturally, we understand that sometimes, this simply won’t be an option. Even budget 4K TVs are relatively expensive compared to many other consumer goods, so you might not be able to stretch this far, especially if you’ve already allocated a lot of your tech budget to the PS5 (which isn’t cheap in and of itself!). In that case, you’ll be happy to know that not only is the PS5 perfectly compatible with 1080p displays, but you’re actually getting a better experience when it comes to performance.

Many PC players swear by 1080p as their default resolution. While 1440p is probably the sweet spot when it comes to PC gaming, a lot of PC gamers say that 1080p is better because it allows more advanced graphics options to be enabled. The big new graphics tech feature for the new generation is ray tracing, a system whereby objects are dynamically rendered using lighting. Many new PC graphics cards come equipped with ray tracing, and it’s also something the PS5 is capable of doing.

However, if you want to enable ray tracing, you’re often sacrificing performance. Ray tracing is incredibly demanding on your console’s hardware, meaning you’ll often need to take a frame rate hit in order to get better lighting. If you’re playing PS5 on 1080p displays, however, you can happily enable the “Ray Tracing Performance” mode you’ll see in many games and not take a noticeable hit to resolution at all, giving you the best graphical experience without sacrificing anything.

In summary, it’s completely possible to play PS5 on 1080p TVs and monitors. You might not be getting the very best experience when it comes to pure visuals, but the boost in performance may be worth it for you. If you can, we’d recommend picking up a good 4K display in order to give your PS5 the perfect companion. Still, if this isn’t a possibility for you right now, then the PS5 will look perfectly fine on 1080p displays. Either way, you’ve just bought Sony’s best console yet, so be proud!