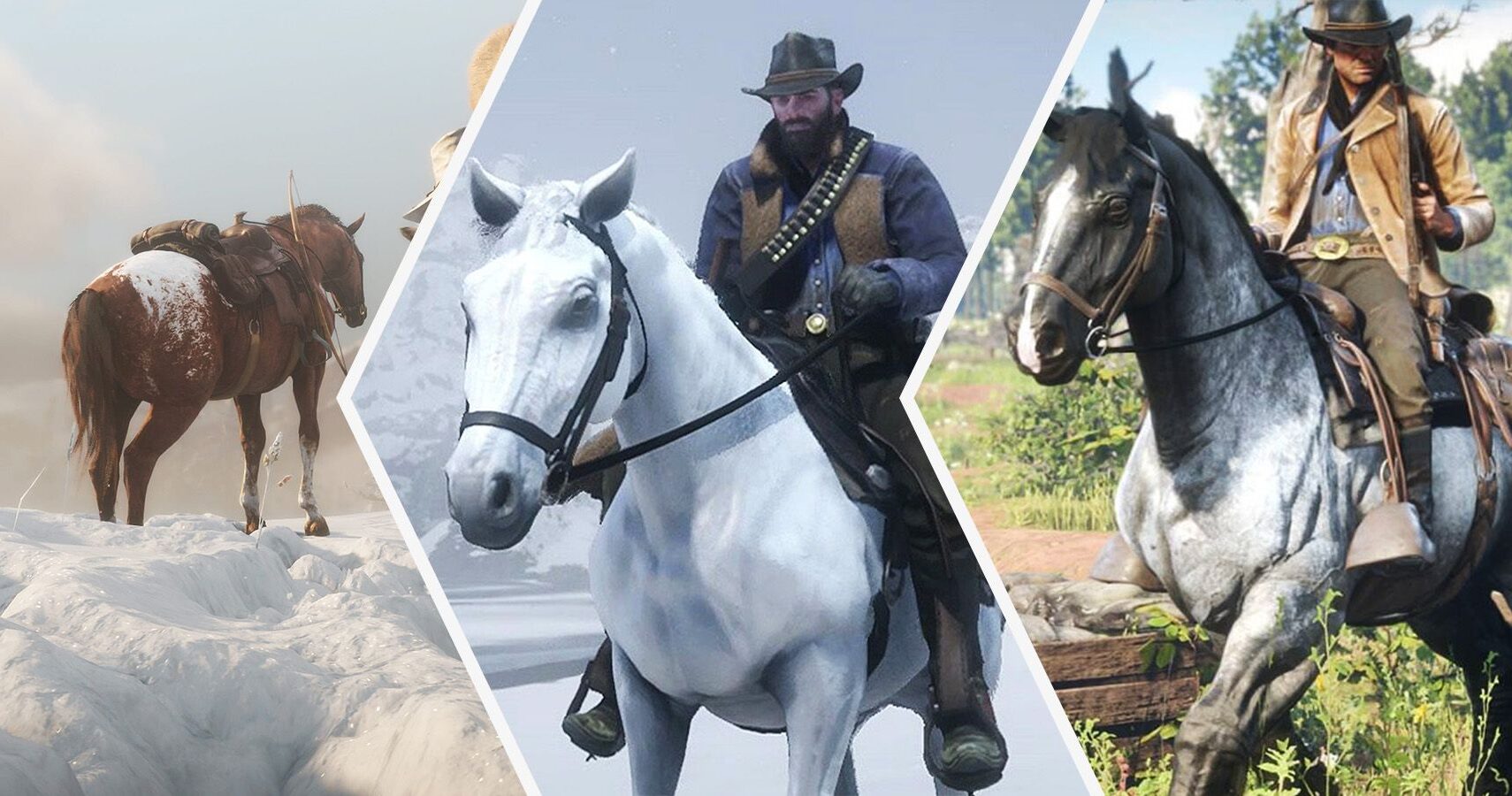 Horses are very common in games, especially in those ones that take place in the past. When we talk about such games, we cannot go without mentioning Red Dead Redemption 2. This is one of the most realistic games ever created, and game developers have focused on creating the ultimate horse mechanic that is very similar to horse movement in real life.

On top of that, each horse in Red Dead Redemption 2 has its own attributes, such as stamina, acceleration, and speed, making each one unique. Red Dead Redemption 2 is a game featuring the most real horse-riding experience out of all games. Developers went to a point where they’ve made the horse’s testicles shrink during cold weather.

Since there are many different horses in RDR 2, in today’s article we decided to highlight some of the ones that are as fast as past Belmont Stakes winners.

Arabian horses are beautifully made in the game showcasing their true breed and strong body puffed with muscles. The Arabian also has elite-class handling making it perfect for maneuvering in tight spaces.

Additionally, the Arabian horse in RDR 2 has incredible acceleration (probably the best in the game) and impressive stamina, making it easier to travel longer distances.

The only drawback with this horse is that it is pretty expensive. If you want to get yourself an Arabian horse, you’d have to pay $850.

The Missouri Fox Trotter is also very brave, compared to other horses when approaching predators.

The Missouri Fox Trotter is faster than the Arabian, but its stamina is slightly lower. Additionally, it doesn’t accelerate as fast as the Arabian but it can achieve higher top speed.

If you like pure power, any horse that is not easily spooked by predators, then the Missouri Fox Trotter is the perfect one for you.

The only trouble is that horse is quite expensive. It will cost you $950 making it one of the most expensive horses in the game.

Thoroughbred horses are very common in the world of racing, and fortunately, the developers decided to include them in the game. If you are not familiar with horse racing, you’ve definitely heard about the Triple Crown featuring thoroughbred horses.

Similar to real life, RDR2 thoroughbreds are pure-blooded racehorses, and specifically designed for running fast. The only trouble with thoroughbreds is their stamina and health. Since they are designed for racing, they are not ideal for traveling over longer distances due to their low stamina.

This horse breed is a combination of work and racing horses, making them ideal for many different things apart from running fast. The Norfolk Roadster has high stamina and speed stats, which is very useful for an all-around horse in the game.

Even though it isn’t as fast as the Arabian, it still provides decent acceleration and high top speed compared to other horses.

Here we have an interesting cross-breed between a racing horse and a warhorse. Since the Turkoman has some war genes in its body, the health stats are through the roof. Turkoman horses have great speed and high acceleration stats. On top of that, their high health makes them ideal for traveling over longer distances.

In real-life, the Turkoman breed has been actually extinct even before the time that Red Dead Redemption 2 takes place.

10 Games That Should Be On PS5
Next Article