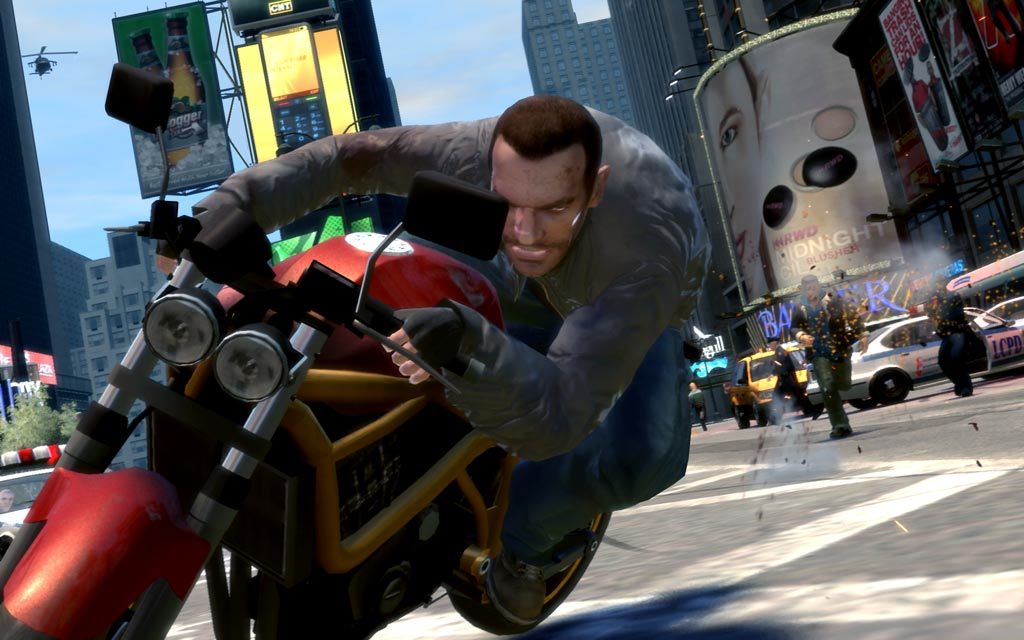 It’s fair to say that Grand Theft Auto V has been Rockstar’s most successful game. While the company has enjoyed long-term success with the GTA franchise, the fifth instalment has spanned three console generations and has enjoyed continued popularity largely due to the Grand Theft Auto Online component of the game, which is available at no additional cost to the single-player story. If you haven’t played GTA5 yet, you should definitely think about doing so, if only to experience one of the most important video games of the last generation (or the generation before, if we’re being pedantic).

In all of this excitement, it’s unfortunate that the previous main series instalment, Grand Theft Auto IV, gets forgotten. GTA4 is a great game that stands the test of time, not least because of its gritty, realistic story and renewed emphasis on relationship dynamics over wacky sandbox fun. If you love GTA5 for its crazier, more out-there elements, you may not find much to like in GTA4, but if you thought the story was lacking and wanted something a little more grounded, then GTA4 is the game for you. It was controversial owing to its realism, but that has made many prefer it to GTA5.

With that in mind, then, you may be asking yourself whether we’re going to be getting a GTA4 PS5 edition anytime soon. The PS5 has proven to be Sony’s most successful console launch, after all, despite ongoing stock issues. GTA4 was released during the seventh console generation; it was a landmark title for the Xbox 360 and PS3, with many gamers queueing up outside outlets at midnight to secure their copies of this highly-anticipated game. It’s not like Rockstar to waste potential, so will we be seeing a GTA4 PS5 release?

First, let’s get the bad news out of the way: there is currently no way to play GTA4 on PS5. That’s right; not even the PlayStation Now streaming service will allow you to experience GTA4 PS5 style, even though it has plenty of seventh-generation games available for you to stream, including Rockstar’s own Red Dead Redemption and its expansion. This means that right now, if you’re looking to experience Grand Theft Auto IV on your PS5, you’re completely out of luck. At the time of writing, there is no way to play it on the console.

That doesn’t mean all is lost, though. For a long time now, rumours have been circulating that Rockstar is looking to remaster GTA4 on PS5, releasing a Complete Edition for the console that packs in the base game and the two expansion packs. In December last year, a NeoGAF user apparently spotted an Amazon listing for Grand Theft Auto IV: The Complete Edition on PS5 (and only PS5, curiously enough). It promises 4K graphics, as well as an “array of technical and graphical enhancements” and new DualSense controller features.

Unfortunately, there are a number of reasons to believe the listing isn’t legit. For a start, it would be unusual for Rockstar to announce a GTA4 PS5 edition without also announcing it for Xbox platforms and PC. It’s entirely possible this PS5 listing is a placeholder so that Amazon can use it to fill out other console listings, but the fact that GTA4: Complete Edition is only listed for PS5 is an immediate red flag. The listing alone shouldn’t be enough to convince any skeptical gamer that the game is definitely going to be confirmed soon.

Another issue with this listing is that the purported release date of April 29th 2021 has already been and gone. If the listing was legitimate, then one suspects Rockstar would have announced this game and revealed the release date long ago. It’s entirely possible Rockstar supplied information to retail outlets and expected them to keep it hush-hush, but this usually happens fairly close to release. Given that the apparent release date of April 2021 never materialised, it’s fair to say that this particular listing, at least, probably is a fake, which is disappointing.

There is light at the end of the tunnel when it comes to a GTA4 PS5 edition, though. Recently, Rockstar announced a Grand Theft Auto: The Trilogy remaster, which consists of the three PS2-era GTA games (III, Vice City, and San Andreas) with reworked graphics and support for more modern controls and mechanics. The three games look pretty incredible in their new forms; they look the way we remember them looking through our rose-tinted glasses, which is high praise indeed for Rockstar. Here’s hoping that trilogy plays as good as it looks!

In conclusion, unfortunately, there is currently no way to play Grand Theft Auto IV on your PS5. It’s a shame, because we think Niko Bellic’s journey into the seedy underbelly of Liberty City deserves to be revisited. However, there is hope on the horizon for anyone looking for a remaster of this quintessential seventh-generation crime sandbox. Let’s hope Rockstar acknowledges the demand for a GTA4 PS5 remaster. In the meantime, if you need us, we’ll be off listening to Glukoza’s “Schweine” and reminding ourselves just how great a song it is.

How To Solve PS5 Shutting Off Randomly
Next Article

What Do We Know About The PS6?
Leave a comment
Subscribe
Connect with
Connect with
0 Comments
Inline Feedbacks
View all comments